We were recently able to catch up with Dan, who's currently in Cameroon, for an interview regarding his trip so far and his killer Jeep JKU adventuremobile. Here's what he had to say:

Eventually, in the dark, he showed up naked and wanted me to take his photo, then wanted to hang around.

OK: Why did you choose the Jeep JK? What else did you consider?

Dan: I drove a stock 2000 TJ 40,000 miles from Alaska to Argentina, without a single mechanical issue. The little Wrangler was perfect, I just wanted some more interior space, so when I saw the 4 door JKU I knew it was perfect.

I never really seriously considered anything else, the Jeep has so many aftermarket parts available in North America I knew I could build it much better than some Land Cruiser or Land Rover imported from elsewhere in the world.

OK: What tires are you running? Why?

I had cheap tires from Alaska to Argentina and had 16 flats - I knew I needed a higher quality tire for Africa.

On an overland journey around an entire continent like Africa I will encounter every road surface imaginable - mud, rocks, sand, snow, tarmac, gravel and more.

All terrain tires provide the best all-round performance, and the BFG has an excellent reputation for reliability and long-wearing tread. 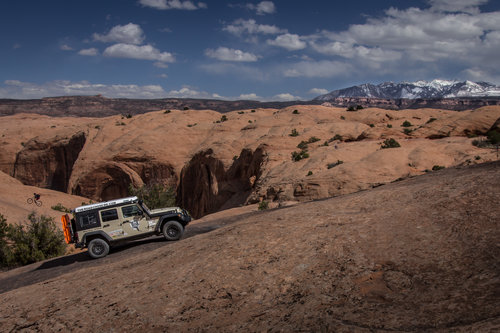 OK: What was the best modification that you made to your Jeep?

Dan: The pop-up J30 roof from Ursa Minor. All the other mods are useful and great, but the popup completely transformed the Jeep into an actual house on wheels. I modified mine so I can stand up and walk around inside the Jeep, which has been fantastic.

OK: What was the worst modification?

Dan: With my two years of experience from Alaska to Argentina, and another four years spent planning and researching, I was very critical of every single modification and addition to my Jeep.

So far, none of them has been anything other than ideal. 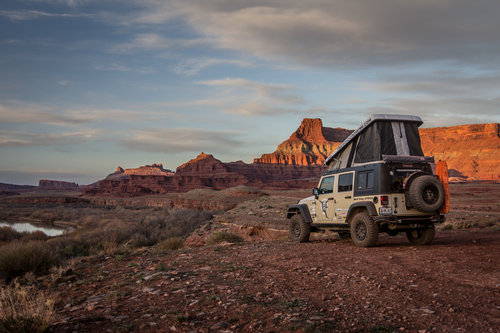 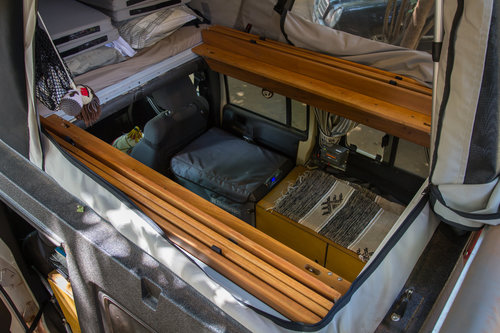 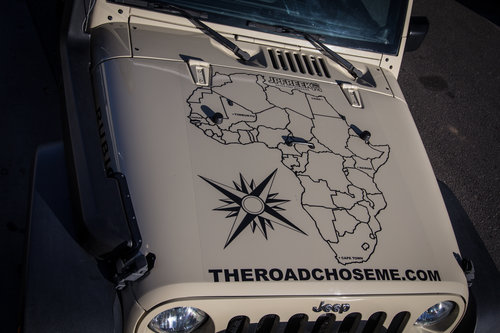 OK: How many times has your vehicle needed recovery (been bogged) during this particular journey?

Dan: Never. I am alone in the Jeep, in countries where I don’t speak the language and am thousands of miles from Jeep parts or support. While I like to explore back roads and get to very remote places, my Overland journey is not “off roading” - it is “back roading”.

I am always driving roads that take me somewhere - a river, a lake, a border crossing or something similar - that means there will always be some kind of road where I am going. It might be horrible, but it will be a road. I have no reason to go “wheeling” or true “off roading”.

OK: What would you do differently if you built another Jeep similar this one?

Dan: At 6,000lbs, I wish the Jeep was lighter. I was very careful in all my additions to do everything as light as possible (small fridge, small air compressor, only one spare, etc.) but everything added up to a heavy Jeep.

As much as I have thought about it, I don’t know how I would make it lighter next time, there certainly is nothing I would not bring.

From the time I finished the Alaska to Argentina expedition I knew I would make an expedition around Africa. That was in mid 2011.

OK: A lot of people think that you need diesel to travel through Africa, have you had trouble locating petrol?

Scooters and motorbikes outnumber vehicles in West Africa by a factor of 1000 to one, so gasoline is much more available than diesel. I have never been to a station that had diesel but not gasoline.

OK: What is your average fuel range?

Dan: On decent highways I can travel over 600 miles, though that drops off quickly when the roads get muddy or sandy. When using a lot of low range and climbing, my range drops to around 350 miles, which has always been enough. 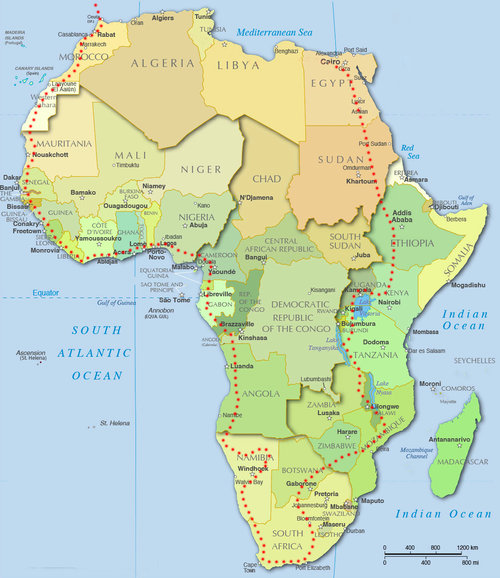 OK: When did you decide to take this trip?

Dan: While on my last expedition I learned I thoroughly enjoyed the times I was extremely remote and pushed myself to my limits. For example driving across the famous Salt Flats in Bolivia into the Atacama desert in Chile.

After learning this about myself I met many people who have travelled Africa, and all of them thought I would love it, and highly recommended I go there.

From the time I finished the Alaska to Argentina expedition I knew I would make an expedition around Africa. That was in mid 2011.

OK: How long did the planning process take? 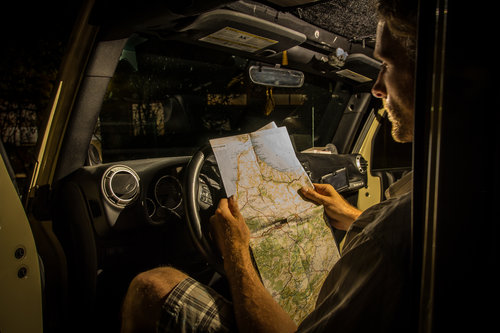 OK: What other overland journeys have you taken?

Dan: 40,000 miles from Alaska to Argentina through 16 countries over two years.

OK: What is the funniest thing that has happened during your travels?

Dan: Hiking into The Magic Bus in Alaska (from Into The Wild) I teamed up with a couple of huge Austrian guys. After wading through a very deep river one of them shouted “Bah, Dat was easy!”, in exactly a Schwarzenegger voice.

I had tears running down my face for ten minutes.

The more I travel, the more I see that many places are similar to other places - the Andes are similar to the Rockies and mountains of Alaska. Many white sand beaches in Australia resemble those in Costa Rica. Rivers, Lakes, Forests - they all have their similarities.

OK: What is your most used piece of gear?

Dan: In my current Jeep it is my water tank, pump and filtration system. In the heat of Africa I am drinking around a gallon per day, and using that much again for cooking, so it is extremely important to have ample clean drinking water.

OK: We’ve all heard stories of corrupt officials in various African countries, have you encountered any corruption? If so, how did you handle the situation?

Dan: Oh yes, virtually every day in some countries!

At many, many police and military checkpoints the officers ask for or demand money. Also at border crossings.

Normally I play dumb, keep a smile on my face and pretend I don’t understand. Sometimes I will remain friendly and polite and simply say “No”, and other times I say I have no money, telling them I only have a VISA card because I don’t want to get robbed (which is not true, of course) 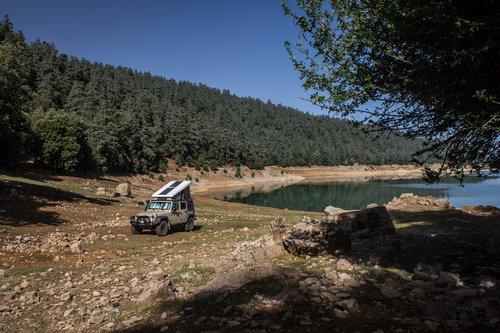 OK: What was the most terrifying incident that you have faced while on the road? Where did it occur?

Dan: Surprisingly, it was in Ontario, Canada.

Camping alone in a remote campsite a man tried to befriend me and seemed really off. Eventually, in the dark, he showed up naked and wanted me to take his photo, then wanted to hang around. I very firmly told him to leave, and he did.

Sometimes I laugh about it, other times it gives me the creeps.

OK: What is the most beautiful place you have visited so far? What made it special?

The more I travel, the more I see that many places are similar to other places - the Andes are similar to the Rockies and mountains of Alaska. Many white sand beaches in Australia resemble those in Costa Rica. Rivers, Lakes, Forests - they all have their similarities.

That is not the case with Bolivia. The uniqueness of the landscape makes it easily the most beautiful place I have ever been. 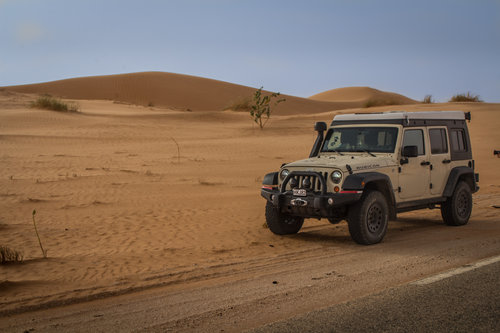 OK: How do you find (or make) potable water while in the bush? What is your water capacity, and how is it stored?

Dan: I mounted a 13 gallon drinking water tank under the Jeep. To that I added a 12v water pump, and a 0.5 micron filter with a built in UV lamp to treat the water. With that, I can pump water from a muddy swamp if need be, and turn it into safe drinking water.

OK: How do you procure and store food?

Dan: I buy fruit, vegetables and basics such as rice, pasta, eggs and bread at street markets in the towns and villages I pass through. Most larger towns have a kind of general store that will have more basics like tinned food, cleaning products, etc. and so I stock up on those when I can.

To store the food I have a Dometic 35L fridge which has been fantastic, keeping everything at 4F, even when the interior if the Jeep is well over 120F

Dan: I have a tailgate table with built in cutting board, and I made a custom cutlery and tool organizer for it to keep my most used items handy.

For cooking I have a single-burner Coleman gasoline stove, which does the job perfectly. 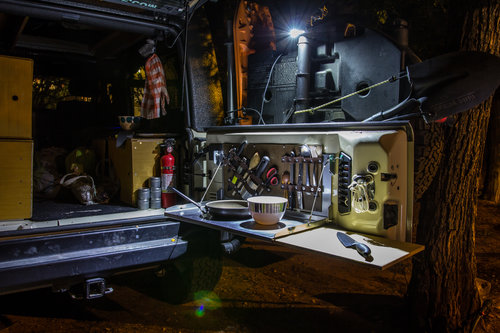 OK: How do you clean your laundry?

Dan: Almost always I wash my laundry by hand, usually when I have access to lots of water.

OK: What was your longest stint without a shower?

Dan: I have a rudimentary shower in this Jeep that I use often. It’s really just a black bag that heats the water when left in the sun, then I hang it on the open roof of the Jeep.

On my last expedition, I would guess it was something like a week between showers.

OK: How much time did you set aside for this journey? Are you on track?

Dan: I estimated the expedition would take approximately 2 years, though I always knew that was an estimate. If the trip takes 6 months more or less, that’s perfectly OK, though I do have a tight budget I have to stay under.

So far, I think I am moving a little slower than I expected, and so the expedition currently looks like it will be a little over 2 years. 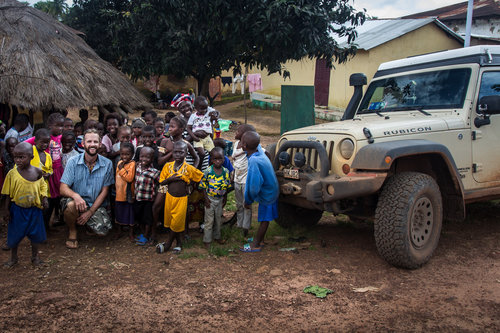 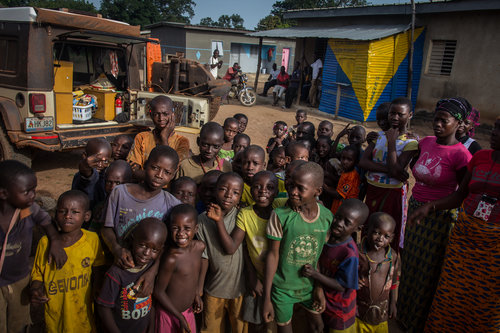 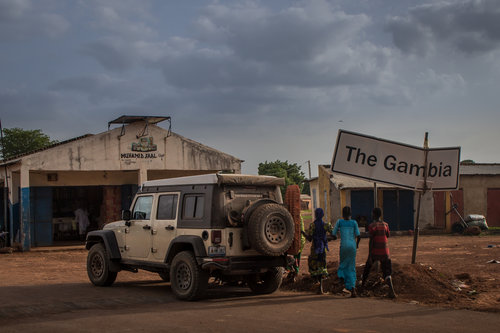 OK: What sorts of setbacks have you experienced?

Dan: I was denied a Ghana visa, and so was unable to visit that country.

I broke a front sway bar end link, though it didn’t stop me and I have now replaced it.

Otherwise, nothing has really gone wrong on this expedition.

OK: Can you name one unexpected thing that you have learned about Africa?

The number one is the availability of clean drinking water. Virtually every tiny town and village I have been through has multiple community wells with hand pumps, and locals have more clean water than they need - in fact they are washing clothes and motorbikes and children play in it.

My mental image was a very dry continent with very little drinking water, and so far, on the West Coast, that could not be more wrong. 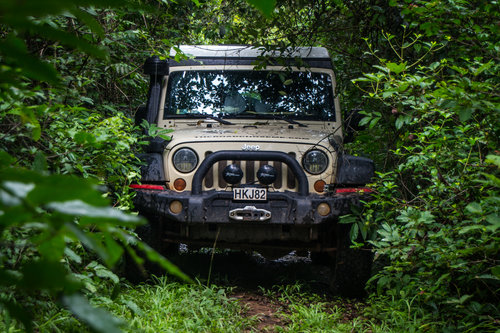 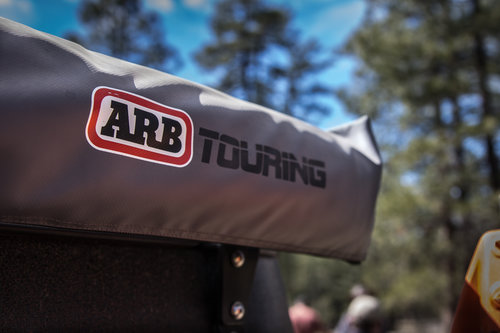 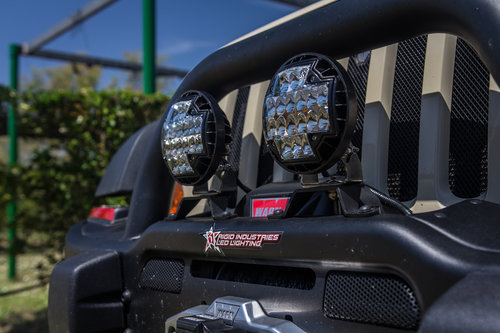 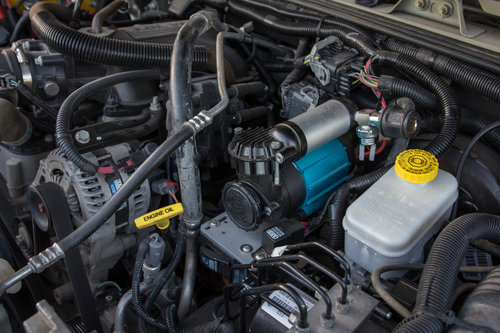 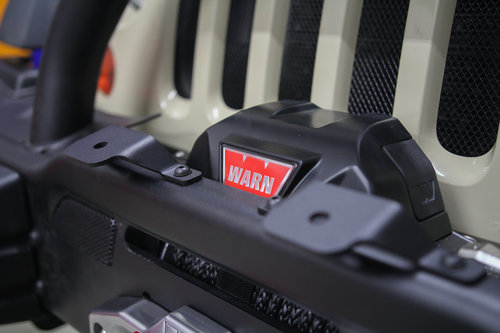 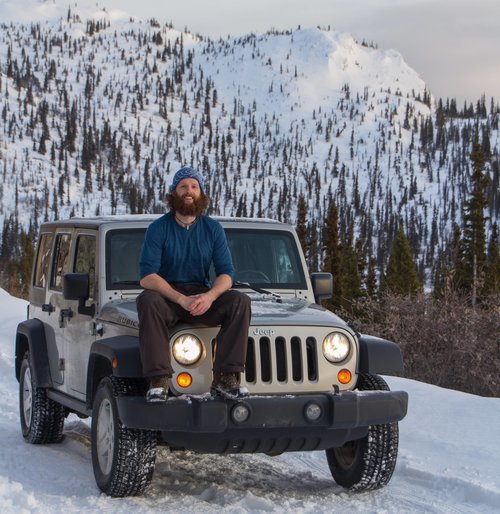 A special thanks goes out to Dan for taking time out for this interview, we really appreciate you! Stay safe out there brother!

You can follow Dan's journey through Africa by following the links below.