Recently, Jeff acquired a Ram 2500 tow rig to carry their gear to various outdoor and overland trade shows. It was inevitable that the new rig would end up needing a PAM of its own. And thus, the RAMPAM was born. It is compatible with all 2010-2018 Ram full size trucks.

Previously, I had a conversation with Jeff and Missy about the prospect of creating one of their systems for the Ram (for entirely selfish reasons, our shop rig is a 2015 Ram 2500) since Northwest Overland Rally a few years back. Fortunately for me, Jeff remembered our conversation when he set out to create the RAMPAM and asked if I would be interested in testing out the first edition, to which I quickly agreed.

Jeff brought me along for the entire creation process, which was far more complex than I would have expected. There were several renditions before he was satisfied with the strength and aesthetics of the finished model you see here.

The RAMPAM consists of three components, a wide center section and two vertical wings. The center section is the backbone of the system spanning nearly the entire width of the stereo bezel. It provides the attachment point for the 13” Ram Mounts Tough Track as well as two diamond Ram ball mounts. A pair of 6mm Allen screws anchor the system to two factory dash holes via a Rivnut plate on the receiving end. Finally, the ends of the center mount tie directly into the vertical wings creating an extremely rigid platform. 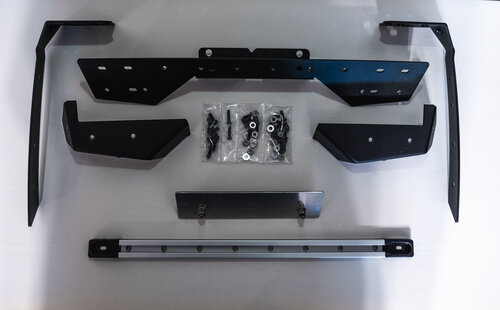 The base chassis consists of .100” aluminum and is possibly even lighter than my iPhone X, even with the optional end caps, which provide two (one per side) additional mounting points for the diamond style Ram ball and really dress things up. I think it looks a bit Star Wars-esque, but that’s a good thing.

Worthy of noting: The only downside to this system is the required drilling. Keep in mind, you will be drilling eight holes into the sides of your main dashboard, not a removable trim bezel. So, this system will be a permanent addition. The holes are required to provide the strength necessary to drive off road with heavy gear hanging in place. 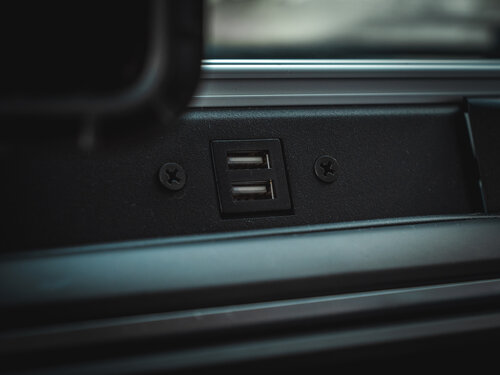 If you turn your attention to the center of the RAMPAM, you will find a pair of fast charge USB ports to keep your gear charged on the trail, which is super handy if you use your tablet or smartphone for navigation. Having power close to your gear also reduces the amount of wires draped across the front of the dashboard, which is especially nice if you’re as OCD as I am. The kit comes with a pair of scotch locks to tie the USB harness into the truck’s cigarette plug harness without cutting any wires. To route the USB harness, you will need to drill a small hole through the trim piece that covers the center dash cubby (due north of the stereo) and a corresponding hole through the inner dash just below the cubby.

The Expedition Essentials website quotes install time between 45 minutes and one hour. This seems fair based on my installation.

Overall, the RAMPAM is a well thought out piece of kit that greatly expands the utility of the RAM’s cockpit, and we (RAM owners) now have the full versatility of the Ram mounts system at our fingertips.

To learn more about the RAMPAM or to secure one for yourself, visit www.expeditionessentials.com 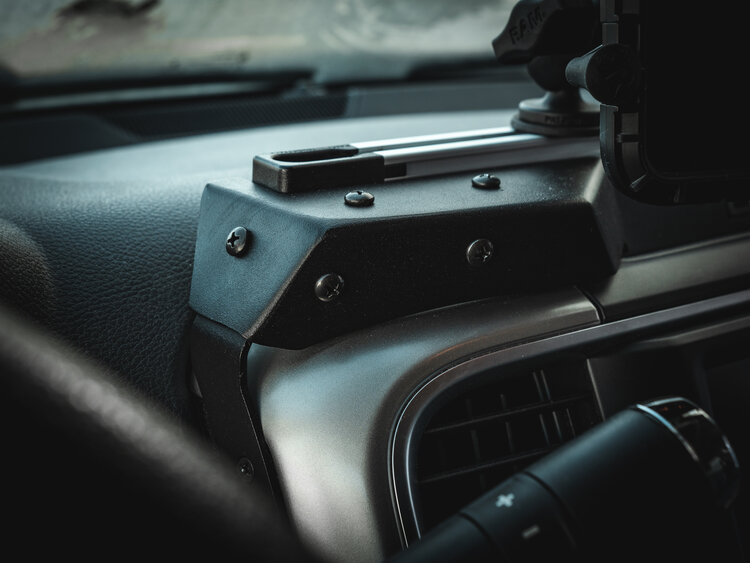 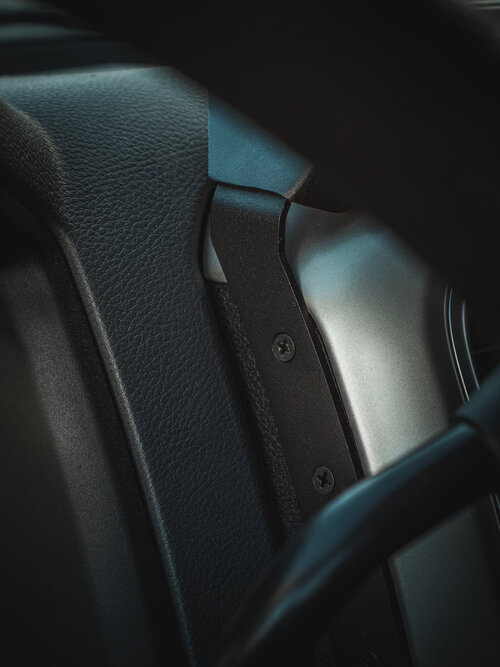 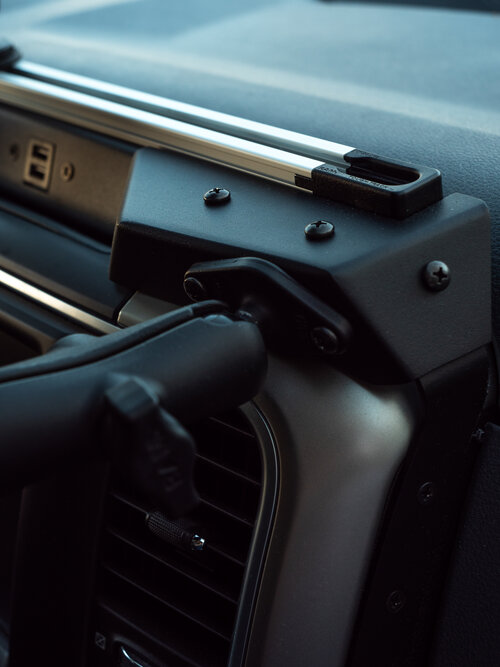 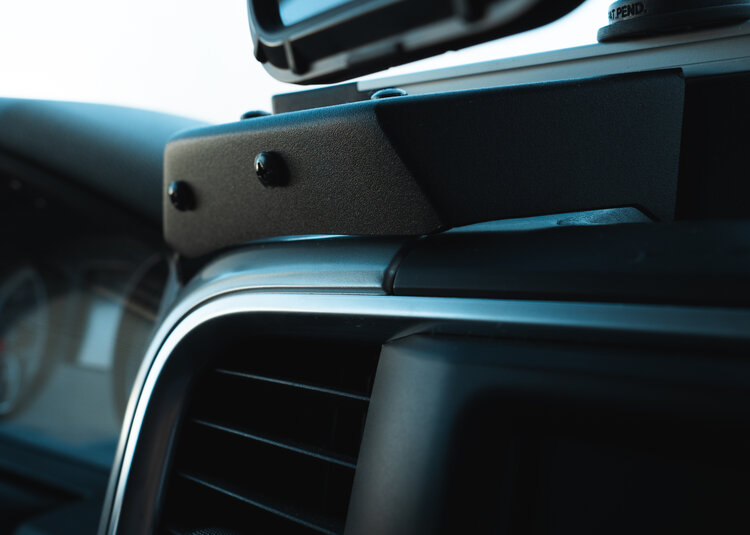 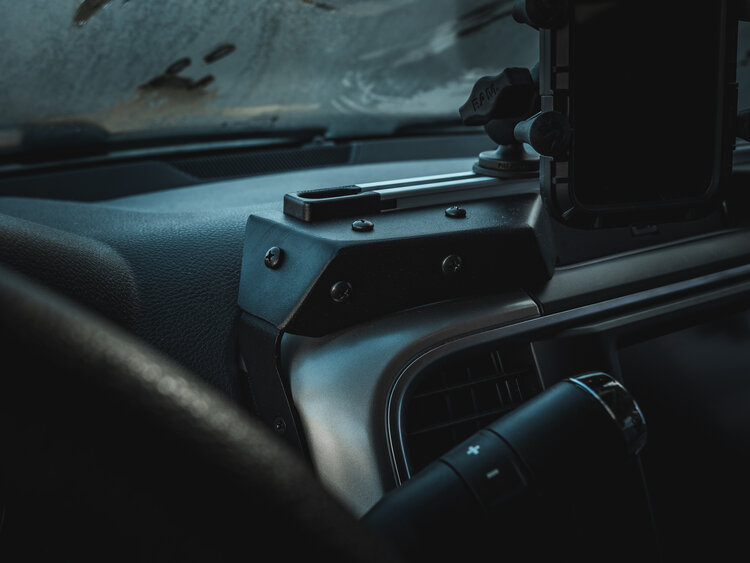 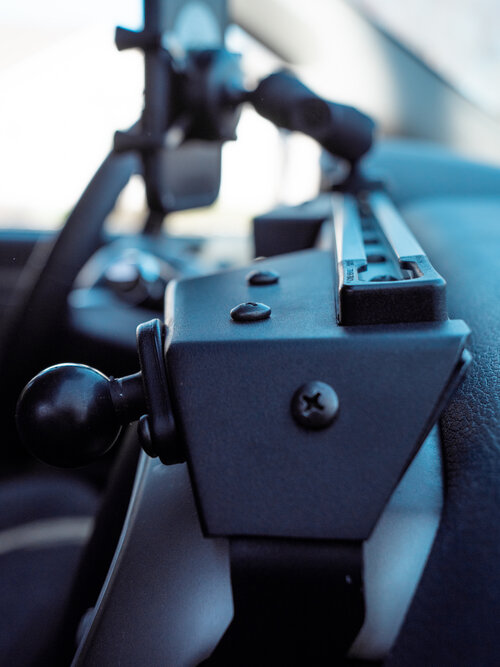 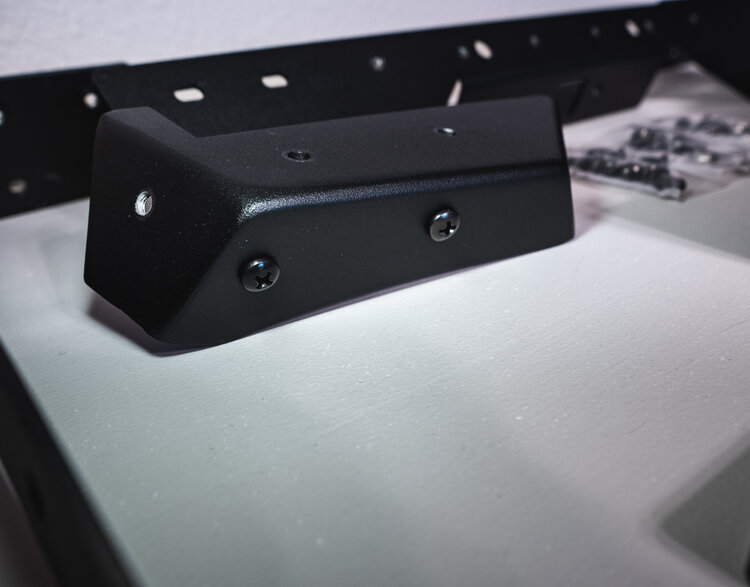 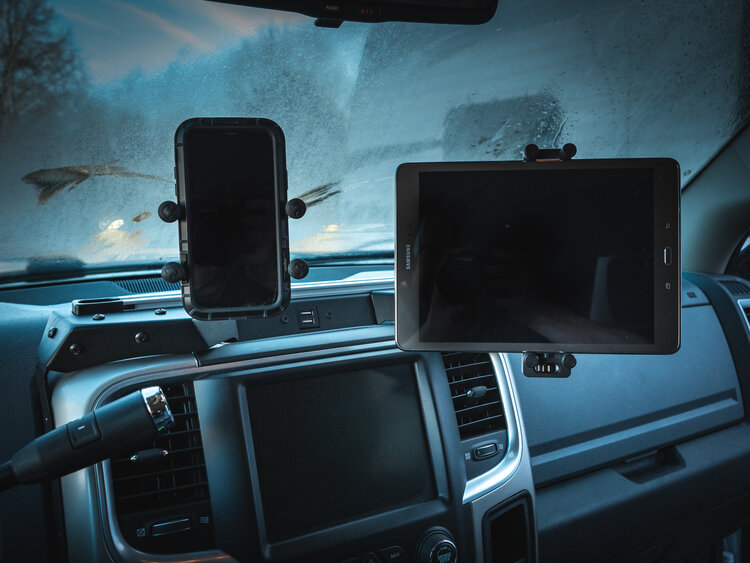