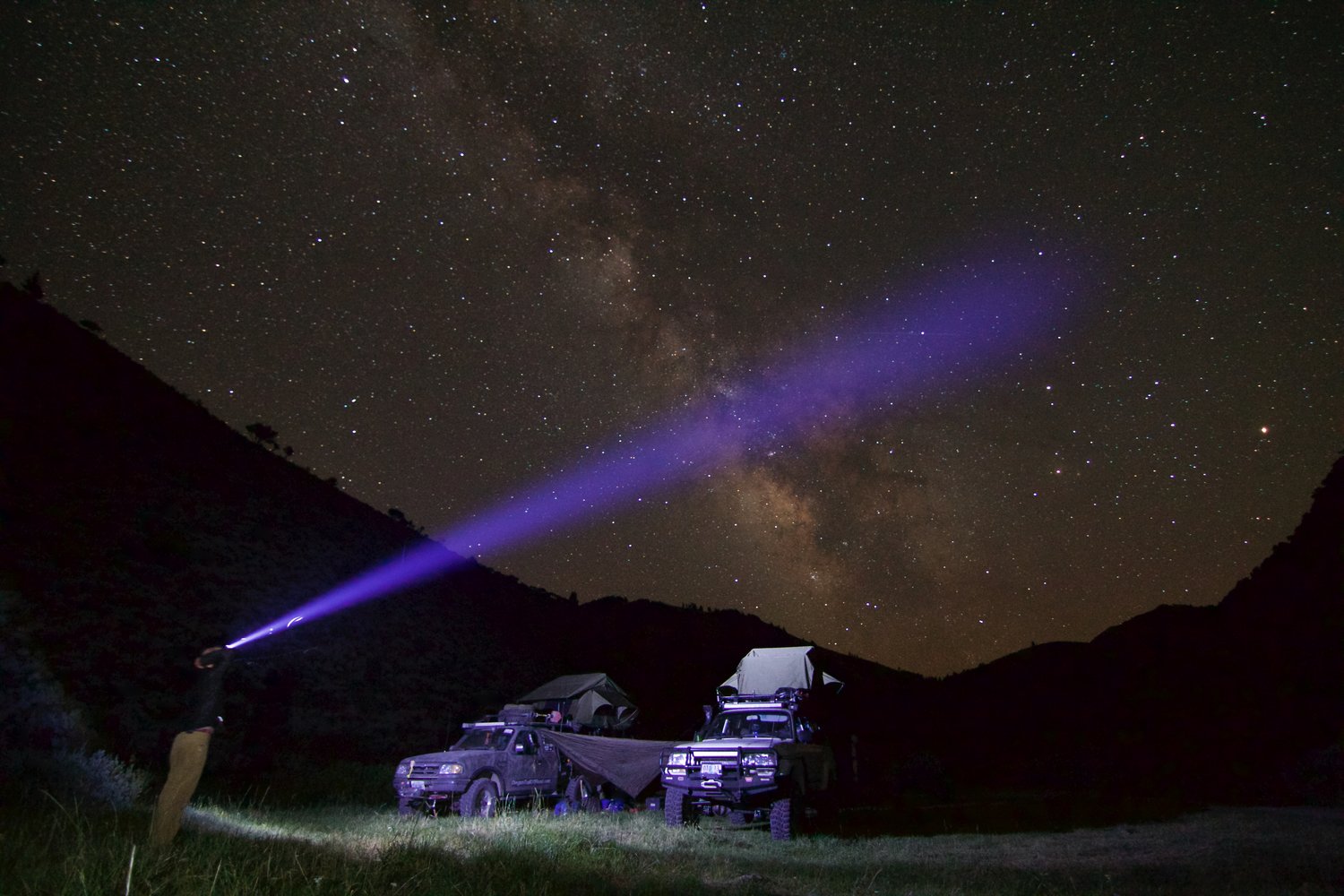 It all began on the morning of July 16th, 2016. The years of planning and outfitting our trucks were over. Just east of Oregon City Oregon we fired up our 1993 Toyota Land Cruiser, and 1993 Ford Ranger and left our first tracks on the legendary Oregon Trail. Overcome with various emotions we quickly gained the sense of freedom and even fear that the early pioneers must have felt when making their journey.

lives, but also the lives of 5 lifelong friends with a similar call to the wild. We quickly began to understand the meaning of teamwork. It's been said that you never truly know someone until you live with them, and in the same way our true colors began to unveil as our 45 day expedition unfolded. 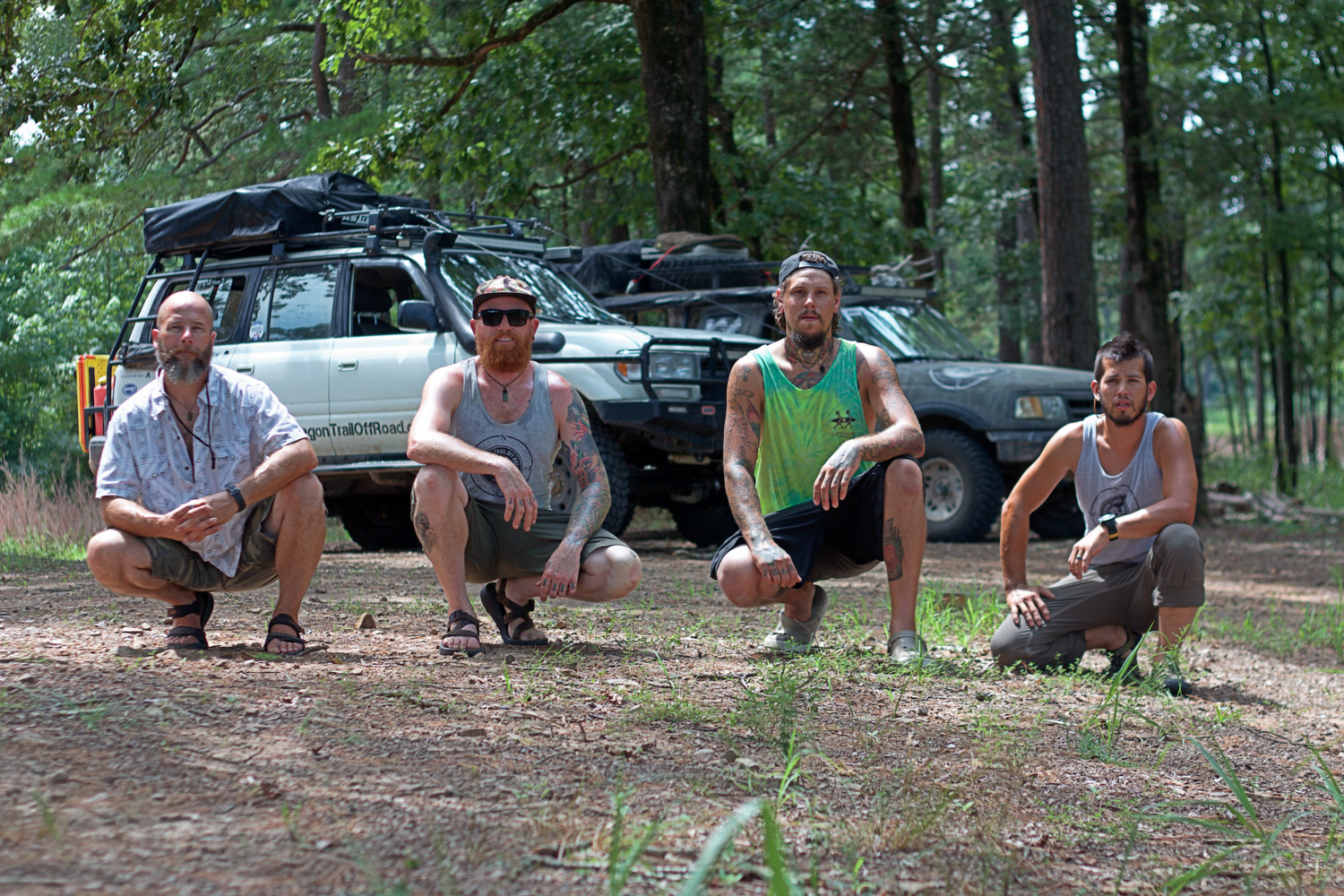 In opposition to the pioneers walking the path of least resistance, our paralleled route took us through more challenging terrain allowing us to stay away from paved roads except for the purpose of restocking our food and fuel along the way.  The first three states presented no shortage of technical trails, and led us right through the Continental Divide.

From the heights of Oregon’s tallest mountains to the depths of Idaho and Wyoming’s vast deserts, we forged our way through every obstacle that Mother Nature presented us. We welcomed each rugged trail as if it were our last: After all what fun would an expedition be without the challenge of different landscapes. 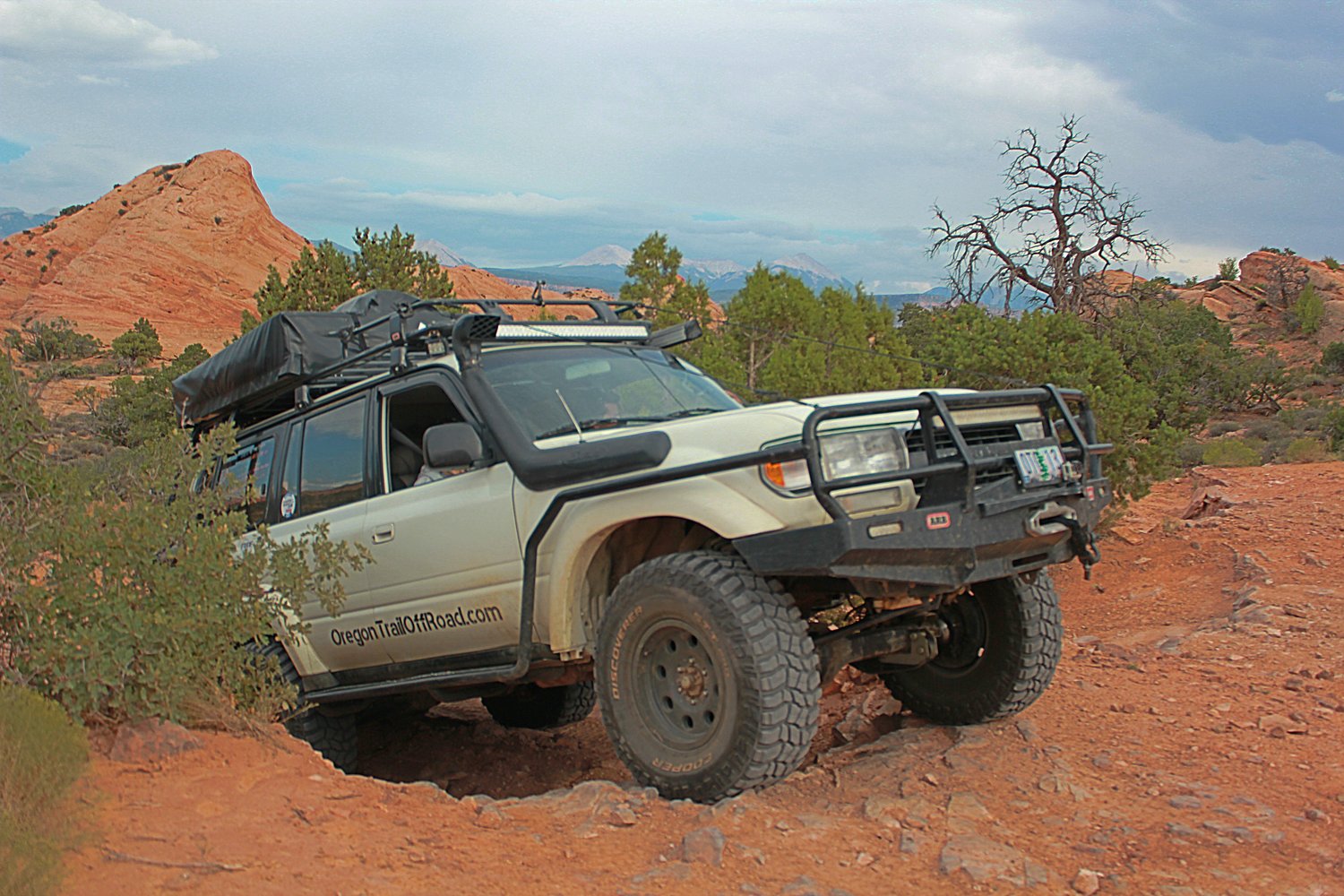 We put our trucks and our minds through the ringer daily, and definitely paid the price on a few different occasions. But this was all part of the game: When you mess with a bull you’re likely to get the horns.  In hindsight those were the days we seemed to work together the best.

For some reason the challenges of river crossings, off camber trails, and mechanical malfunctions seemed to be the very fire that ignited our ability to collectively accomplish whatever task was underway. It’s hard to understand why it was easier for us to be unified when it mattered most, but when it came to our evening routine of setting up camp we seemed to be less patient with each other and more likely to get in arguments.

We have a rule on the trail that every quarrel had to be settled before going to sleep. As the old proverb says “let not the sun go down on your wrath” we adopted this mindset to prevent any form of  lingering frustration. Unfortunately that’s easier said than done and just when we thought we had it all together we realized the second half of our trip had only just begun. 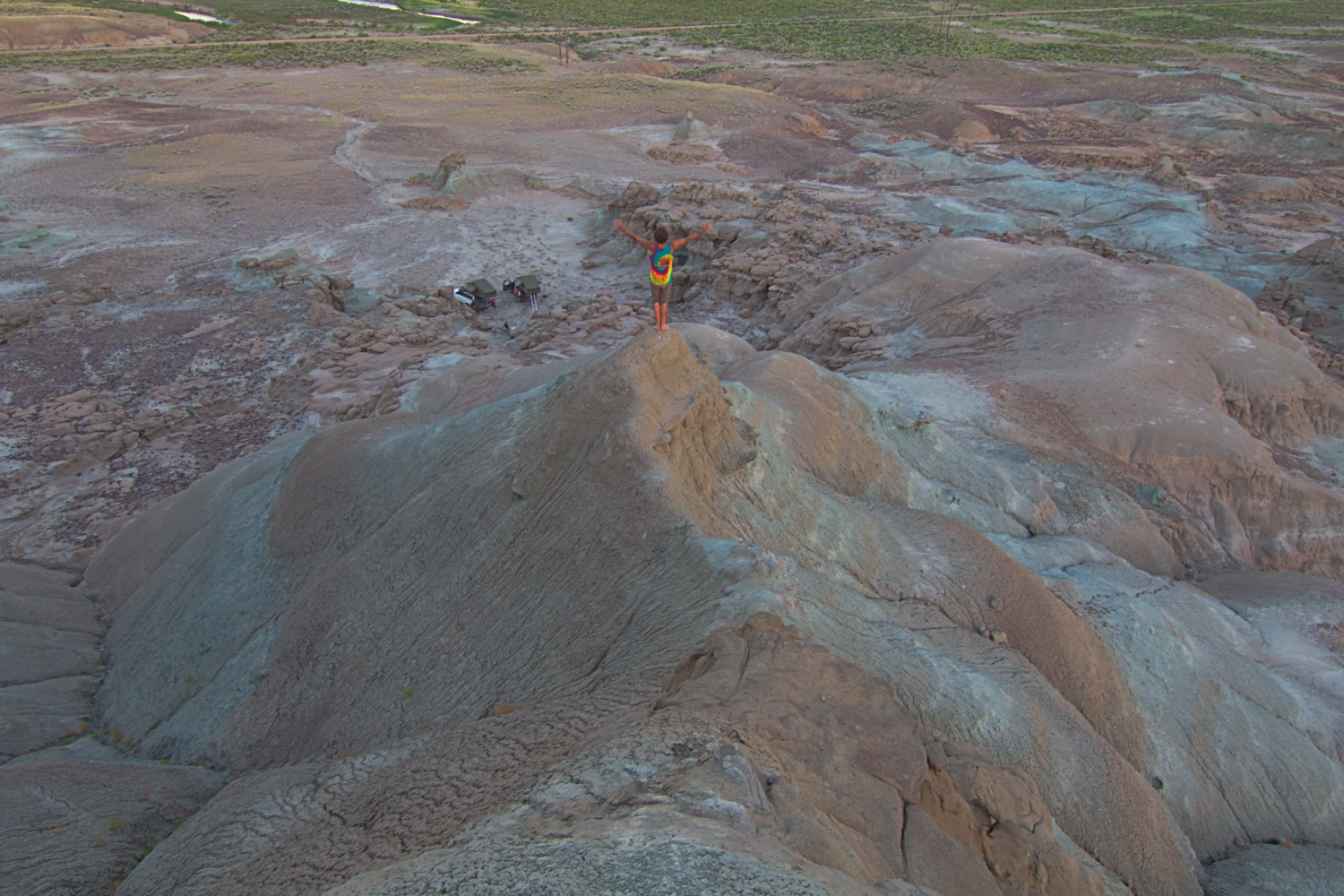 With Oregon, Idaho, and Wyoming now behind us we were 23 days into our Expedition. We had successfully completed about half of our journey. 2600 trail miles behind us, and another 2000 in our sights. We were tired and beginning to miss our families, but the only way to go home was to finish what we started.

Nebraska was the longest state of the 5 as the crow flies, and with the Rocky Mountains in our rear view mirrors it was smooth sailing for the trucks and mentally draining on our minds. We allotted 7 days per state leaving us 14 days to reach our destination. Having done countless hours of research we knew the plain states would be easier. What we didn’t anticipate was the change in morale. 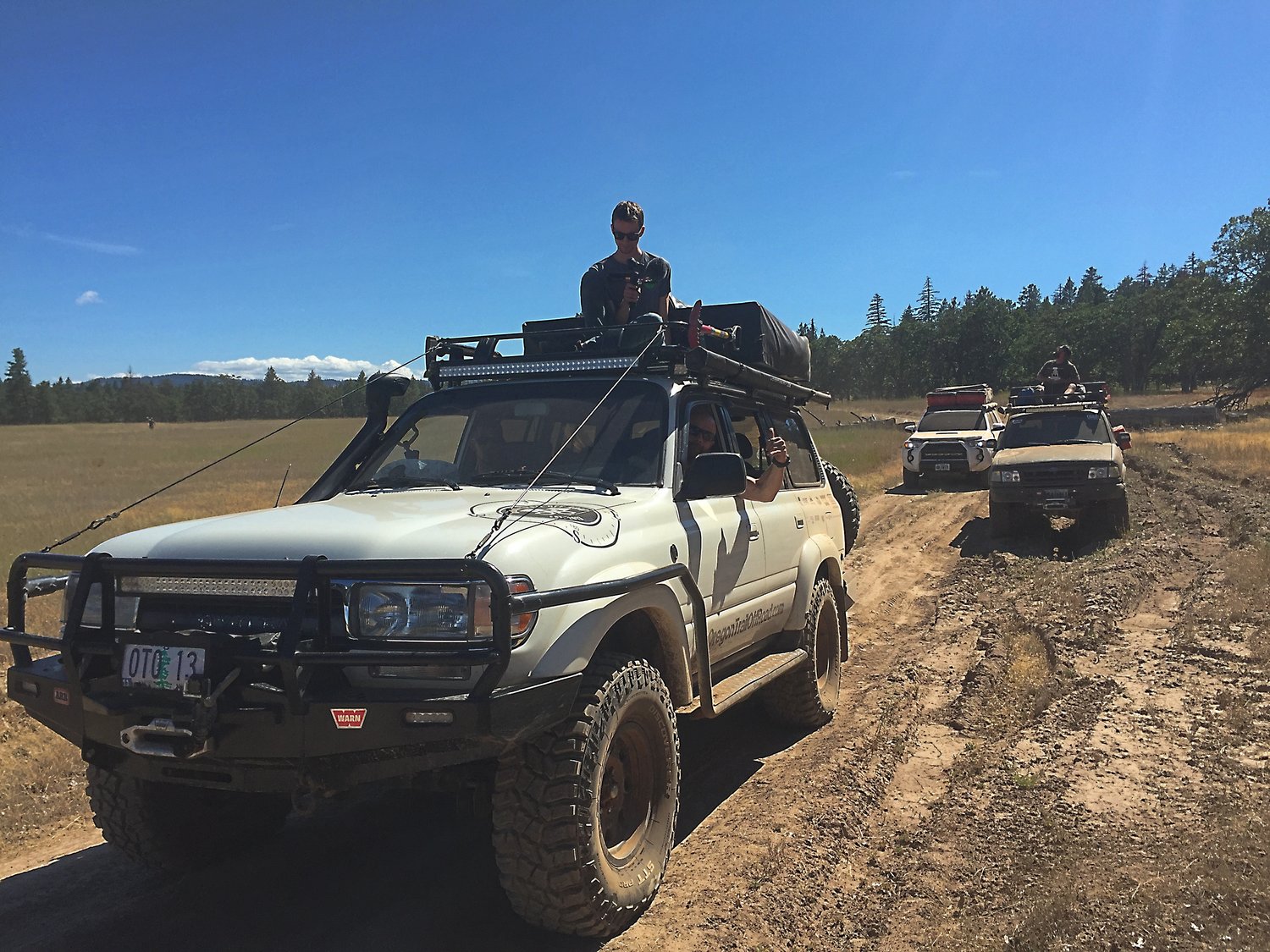 One could argue that it would have been harder for the pioneers to cross the more difficult states at the end of their journey, and to be honest I wouldn’t debate that. But for us, the challenge was no longer rough terrain: Ours became overcoming mental obstacles due to the flat roads lacking substance. Imagine going on your dream vacation only to stay cooped up in your hotel.

You could see the beach, but couldn’t swim in it. You could smell the authentic food, but couldn’t taste it.  That is kind of how we felt. The best was behind us and now we were cooped up in our trucks without the thrill of what the western states delivered. 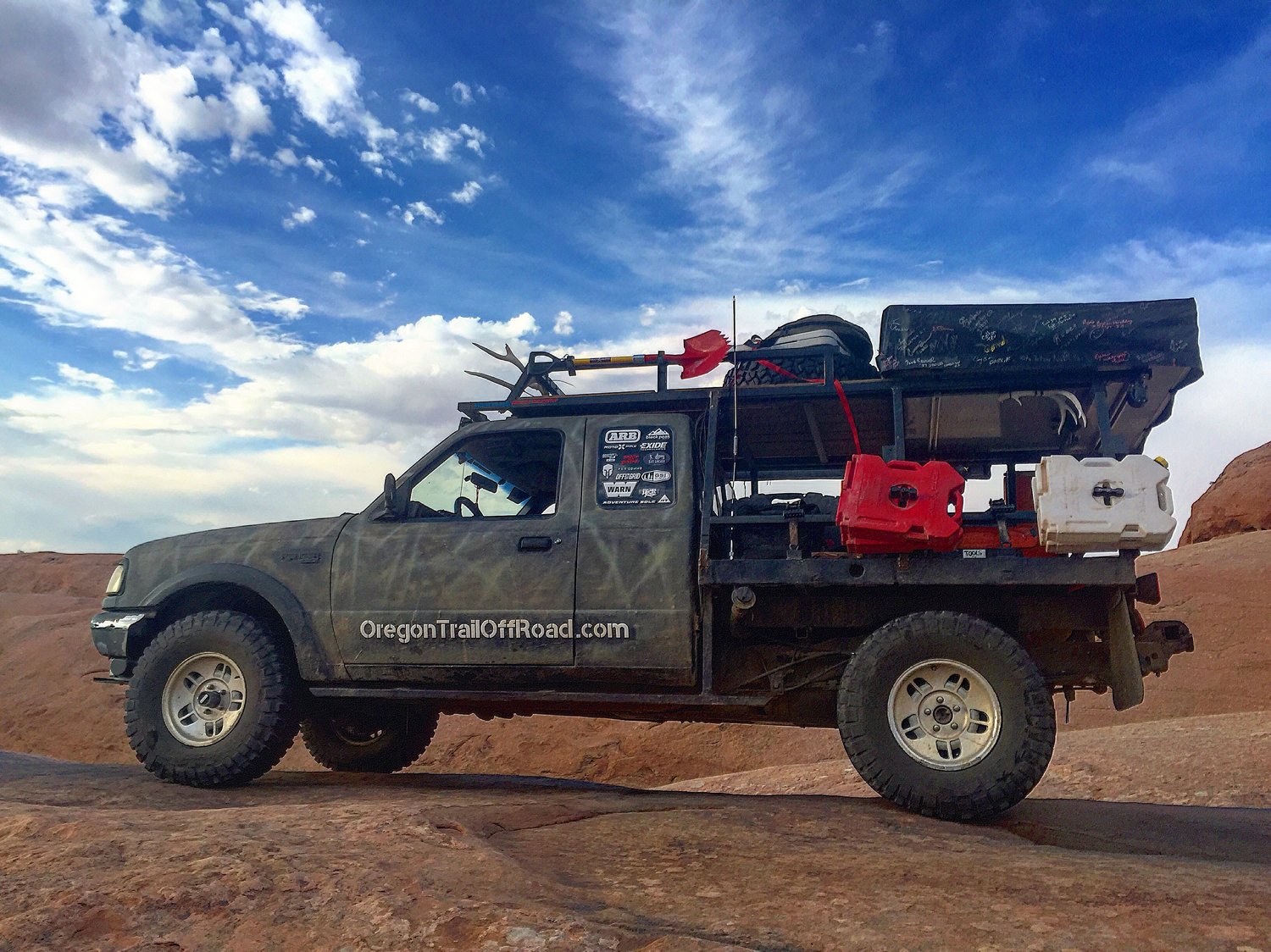 Endless miles of farmlands and the smell of manure around every corner led us into a state of discontentment and frustration. Simply pathetic in retrospect I know. I mean there we were living out our dream, doing something that hadn’t been done in over 100 years, and to our knowledge has never been done in the way we were going about it.

Everything we had worked so hard for was literally being fulfilled by the minute, and yet the joy that we had began with seemed to be depleting. Through Nebraska and Kansas we became the same slaves we were in the confines of “normal life”. Never satisfied and always looking ahead instead of just living for the moment and being thankful for what we had.

Improvisation became our new best friend. We started filling the void by discussing prior highlights, telling jokes, and pulling crazy pranks.  Sometimes they would pan out for a good collective laugh, but other times it would just aggravate who ever was the recipient. 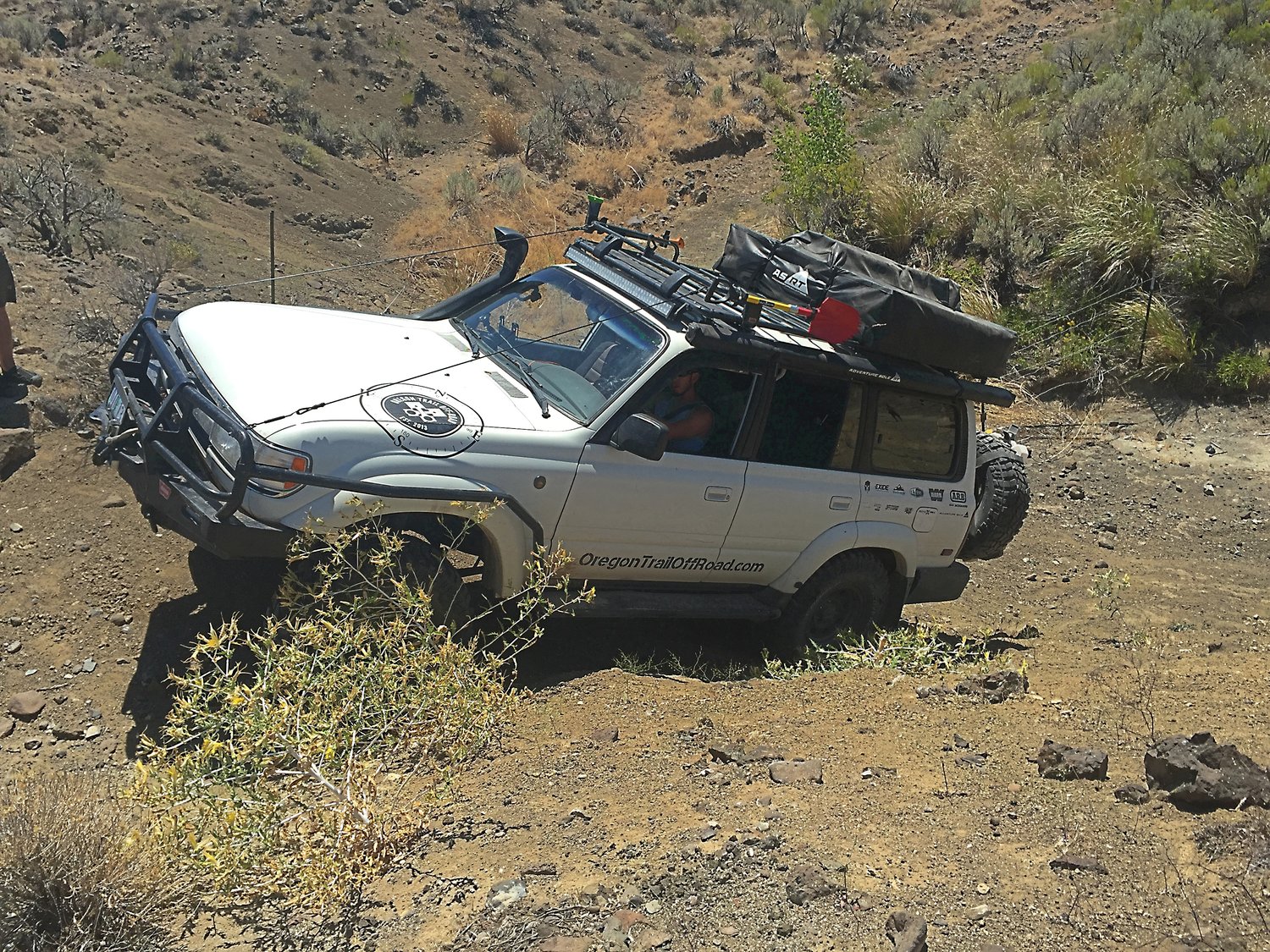 We laid the final tracks on the Oregon Trail way ahead of Schedule. Our wives weren’t due to fly into Missouri for another 8 days so we had two options. The first was to hang out and just relax, while option two provided us with the opportunity to really live up to the spirit of the pioneers, and go out with a bang! It was 9:00 pm on August 11th.

We Fueled up our trucks and headed south Towards Arkansas. Excitement once again flooded our minds as we regained the spark that had been missing the past couple weeks. This is what adventure was truly about, and despite how childish our attitudes had become shed the skin of laziness and decided to go above and beyond what we set out to do.

The 7 hour drive provided little sleep and the humid weather made it hard to relax.  But this was it: Our last chance to come together as a team and make this adventure count. The Ozark National Forest was a force to be reckoned with. Similar to our native states terrain, this beautiful chunk of land was an off-road paradise.

We were surrounded by countless technical trails around every corner, and multiple different river crossings with amazing waterfalls and swimming holes. Our frustrations disappeared as we dove head first into this amazing oasis. We barely even noticed the fact that we were in the middle of an unrelenting storm, but at this point it didn’t matter one way or the other.

Like a child on Christmas morning we were ecstatic! Exploring the heights and depths of this amazing rain forest we conquered as much as we possibly could in our final week abroad. We were finally free. Free from worry, free from expectation, and free from our own stipulations and selfish expectations of how we had hoped this would pan out. 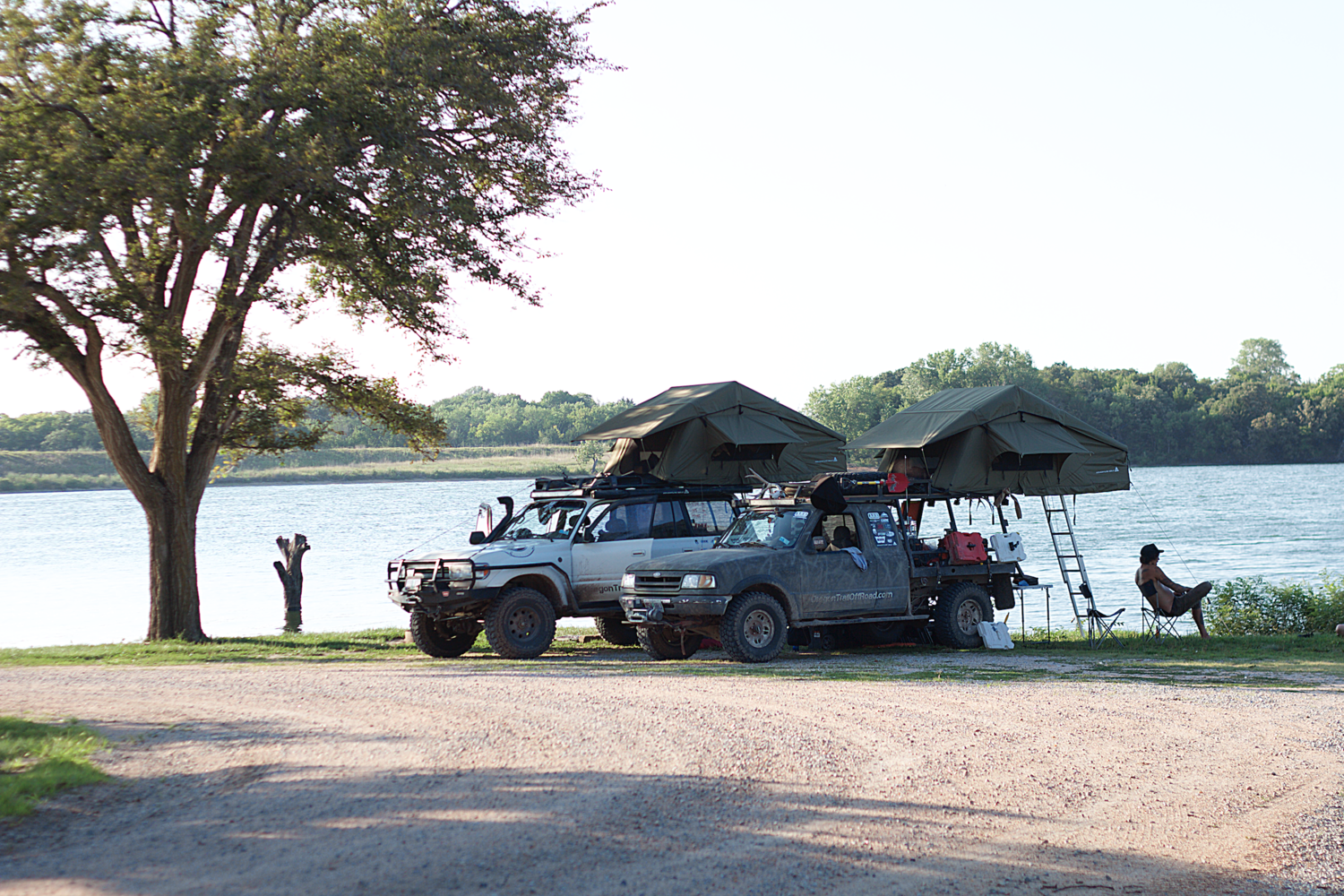 We began to realize that this journey was misguided in and of itself. Not that what we were doing as a whole was wrong, but on the individual level of fulfilling our own personal goals. We all had our own agendas and ideas about what to was going to happen, which hindered us from really being able to work as one team with one purpose.

Had this been a battle, we would have lost, but lucky for us this war has just begun. Time, perseverance, and the ability to adapt for the sake of the man next to you is what we now know to be the most important key to the success of any extensive journey. 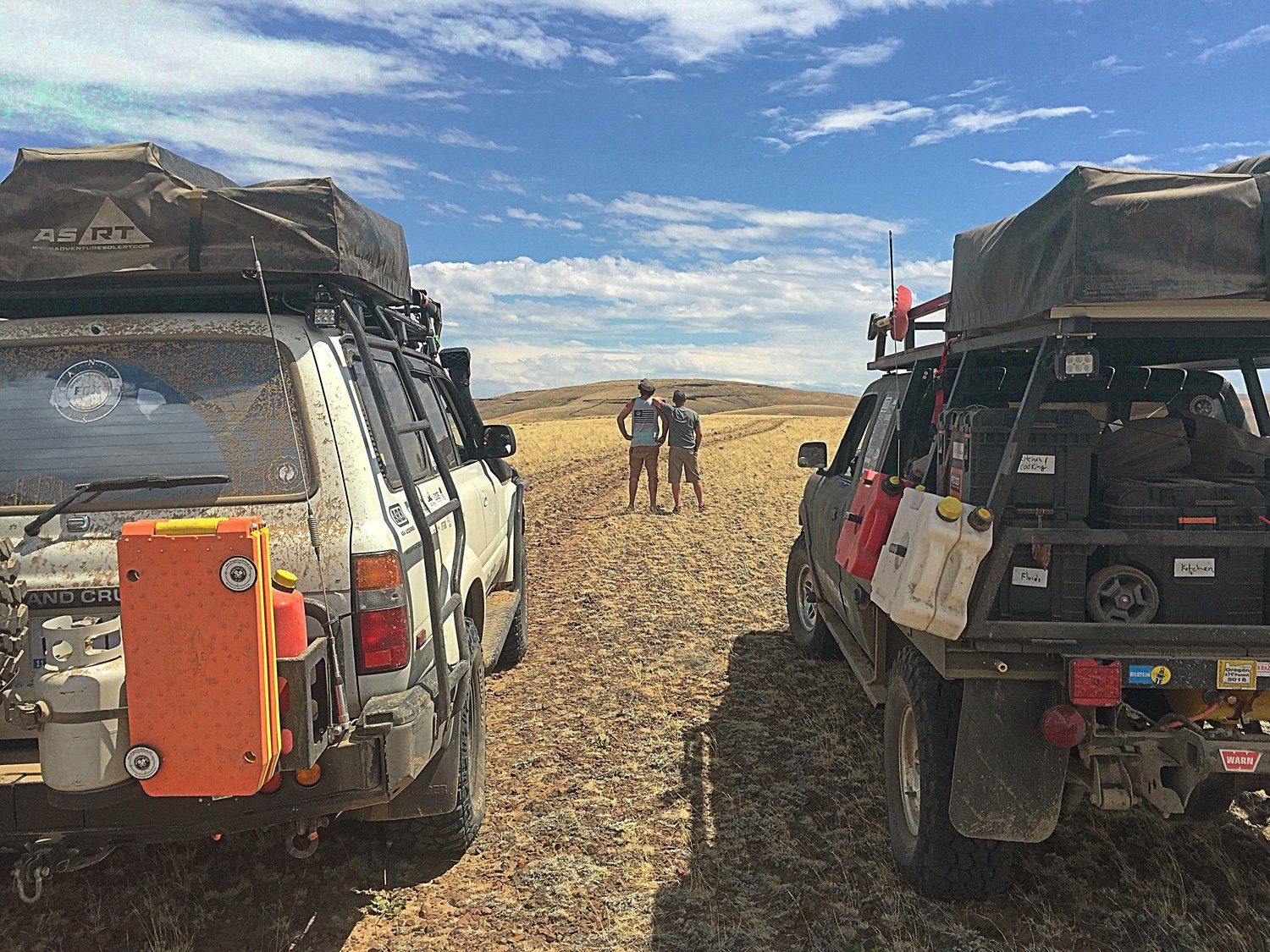 What started as a simple idea to document a once in a lifetime overland expedition became a staple in the timeline of 5 regular guys. We came, we conquered, and we will continue to expose the past on our Country’s historic trails until the day we join those who paved the way before us.”