Starting with the first generation of the Cayenne, which was produced from 2002 to 2010 and internally known as the Type 955, we have a vehicle that was not originally designed for heavy off-road use. However, that doesn't mean it can't be modified for such use. The 955 and 957 models (the 957 was a facelift of the 955) are equipped with strong V8 engines and have decent ground clearance, which makes them capable of tackling moderate off-road terrain.

The 955 and 957 are fitted with a factory low range transfer case, which can make them more capable in extreme off-road conditions by multiplying the torque and power available at the wheels, which aids in crawling over rocks and driving up steep terrain with ease. 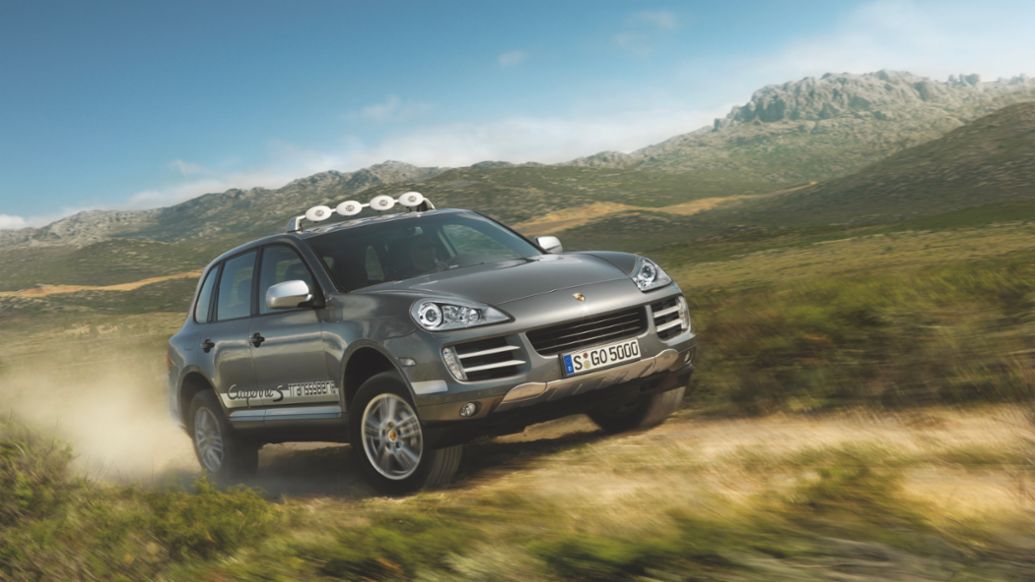 The most popular method for lifting the suspension is to install aftermarket coilovers or air suspension kits, which can provide additional clearance for larger tires.

Speaking of tires, you can fit up to 35-inch tires on the 955 and 957, depending on the lift and wheel size. The best trim levels for off-roading are the Turbo and GTS models, as they come with more robust engines and suspension systems, but there's nothing wrong with the Cayenne or Cayenne S models as trim level can be modified for off-road use with the right aftermarket parts and upgrades.

Moving on to the second generation of the Cayenne, produced from 2011 to 2017 and internally known as the Type 958, we see a significant improvement in off-road capabilities. The 958 comes with an advanced traction control system and stability control, as well as an optional air suspension that can be raised and lowered for added clearance. However, it's still not a vehicle that was designed for heavy off-road use, and this generation lacks the low range transfer case of the previous generation, though if you're mainly using the Cayenne for bombing down dirt roads like you're a World Rally Cup driver, it really doesn't matter.

As with the first generation, the most popular method for lifting the suspension on the 958 is to install an aftermarket air suspension kit. You can fit up to 35-inch tires on the 958, depending on the lift and wheel size, but a tire that large comes with consequences and will require trimming of the body, as it does on all Cayennes.

Finally, we come to the third generation of the Cayenne, produced from 2018 to the present and internally known as the Type 9Y0. This generation sees the biggest improvements in off-road capabilities from the factory, with the availability of a factory off-road package and advanced traction and stability control systems. While it might not have a low range transfer case like the 955 and 957 models, it looks like Porsche is finally realizing that a lot of their fans have been bit by the off-road bug.