But what makes the 80 Series Landcruiser such a popular choice given today’s advanced four-wheel-drive vehicles? Straight out of the box, the little Toyota was optionally equipped with a triple locked full-time AWD drivetrain, and a pair of solid axle housings sporting coil springs at all four corners. These days, we consider ourselves lucky when a new 4WD comes with a rear locker. Although a bit underpowered, the engine and transmission are as bulletproof as it gets.

Honestly, it doesn’t take much to make an 80 into a comfortable, highly functioning overland rig which is exactly what Mike from Last Line of Defense (LLOD) has done. 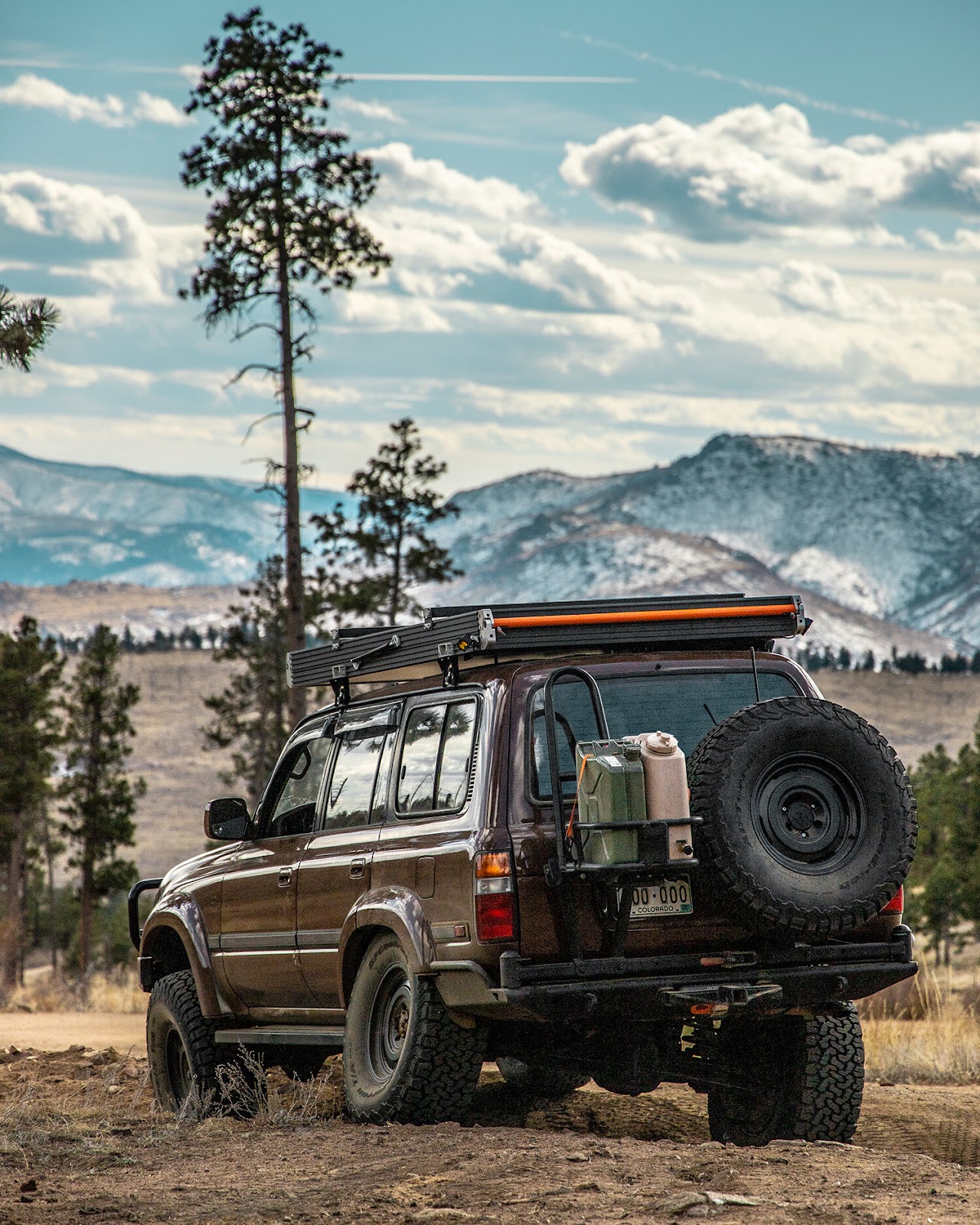 If you have been following Mike for some time, you undoubtedly have asked yourself where’s the Toyota Tacoma, Mike? Rest assured that the little Taco is still in the LLOD stable and still gets used regularly. When I asked him why he built the Landcruiser, he said it was sort of an impulse buy. He had been casually browsing Craigslist in case a triple locked 40th Anniversary edition popped up in good condition … that day finally happened and he couldn’t pass it up. I can’t say I blame him.

It took roughly a month to turn the LC into the understated rig you see here. Possibly the most obvious modification is the 37” BFGoodrich KO2’s. In order to squeeze the big BFG’s in place, the suspension needed to be lifted four inches. This was done with an ARB Old Man Emu lift and a Delta Vehicle Systems panhard bracket in the rear, and a pair of Slee radius arms up front. He probably could have just stopped there, but where’s the fun in that?

To keep up with the classic good looks of the 80 Series, Mike chose a set of Fifteen52’s Analog wheels. These wheels are styled to look like a classic set of steelies, but are made from aluminum. The front bumper is from ARB and is fitted with a pair of Baja Designs LP9 ambers -since the truck sees plenty of snow. Stuffed down inside the bull-bar you will also find a Warn XD9000 with synthetic winch line. Around back, there is a 4x4 Labs bumper complete with ladder, Hi-Lift jack mount, dual Scepter can and spare tire holders. 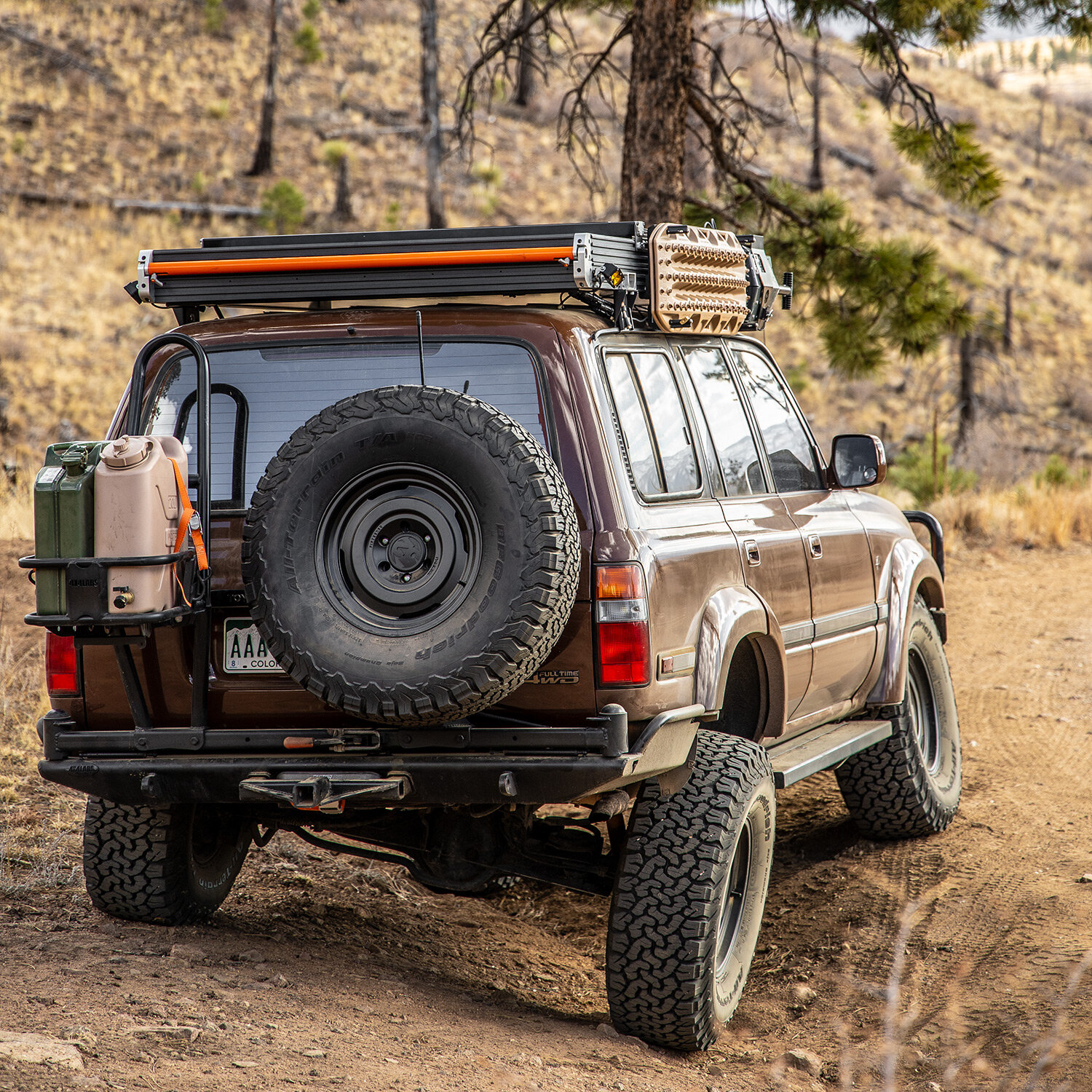 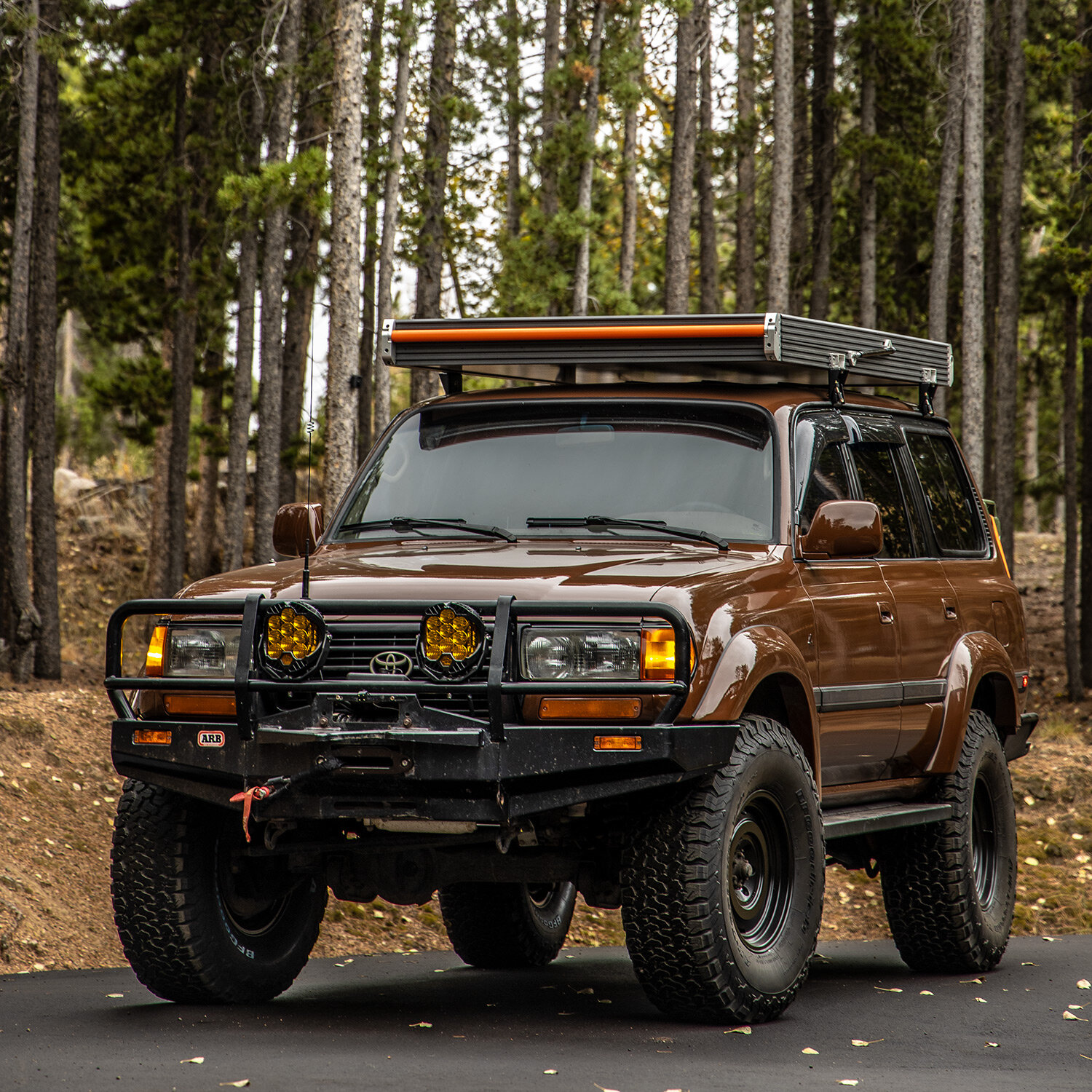 Tucked up under the rear of the truck is a second winch, this time a Warn M8000 which also features a synthetic line. Nestled in close to the Warn is also a second battery which handles the additional electronics such including a Dometic 35. To keep the dual battery system topped up, a 150 watt solar panel was added to the Go Fast Campers roof top tent. This tent was chosen because of its ultra-low six inch profile, which allows Mike to park the Landcruiser in his garage without removing the tent.

Inside the truck is pretty basic. There is a Scanguage to monitor and help diagnose the OBDII system, a Cobra CB radio and a BTECH Mini HAM radio. To give his pup, Atreyu a place to rest on long drives, a custom platform was constructed using spare plywood from other projects. There is a 30” wide mattress pad that sits on top so that his fur buddy stays comfy, with the added benefit of allowing Mike to sleep inside in a pinch.

All in all, this is a very simple build that will allow Mike to test new products and get outside for years to come. If the used market for these things continues its trajectory, this build may even net him a few bucks in the future. You can’t say that about most 4WDs, can you? 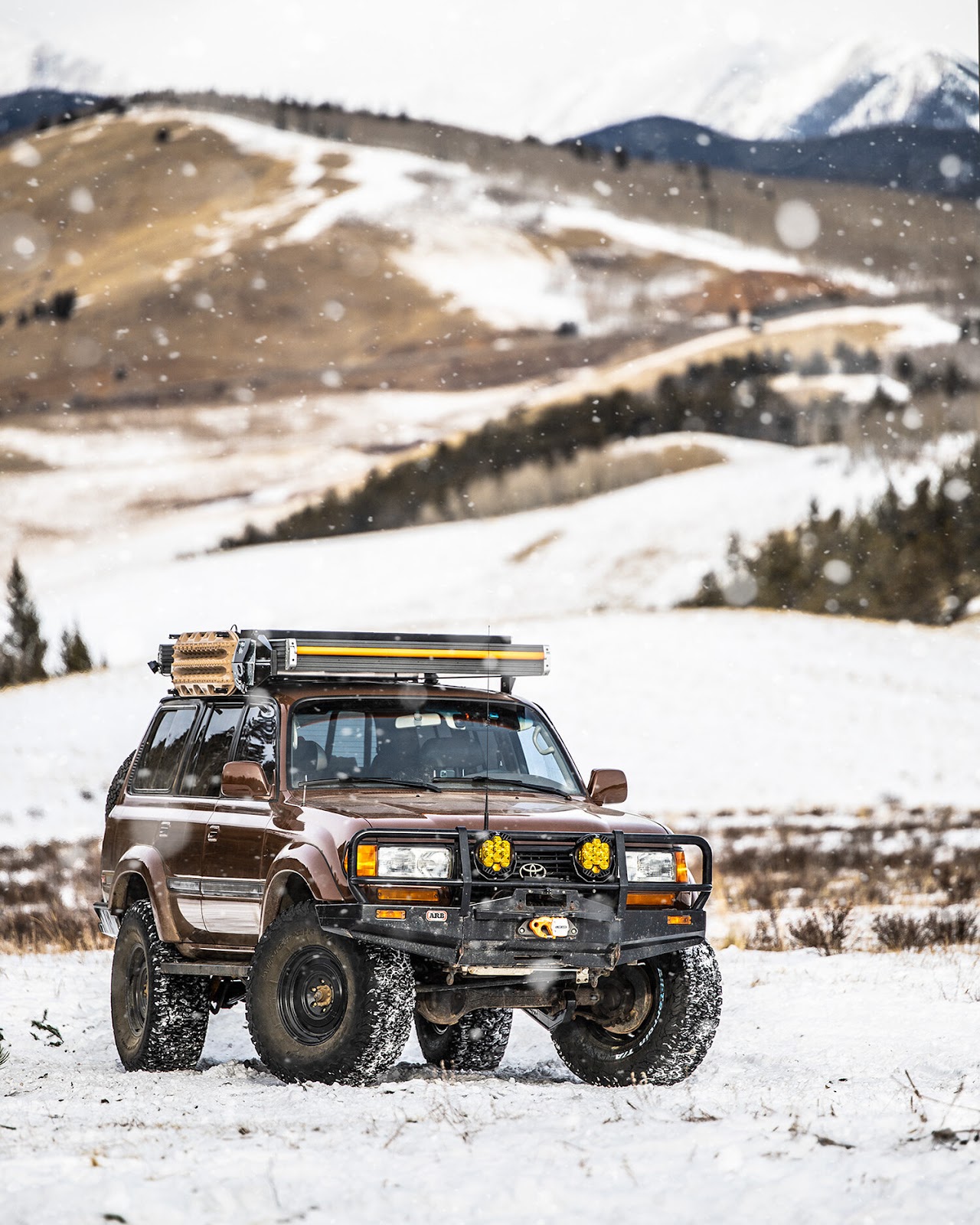 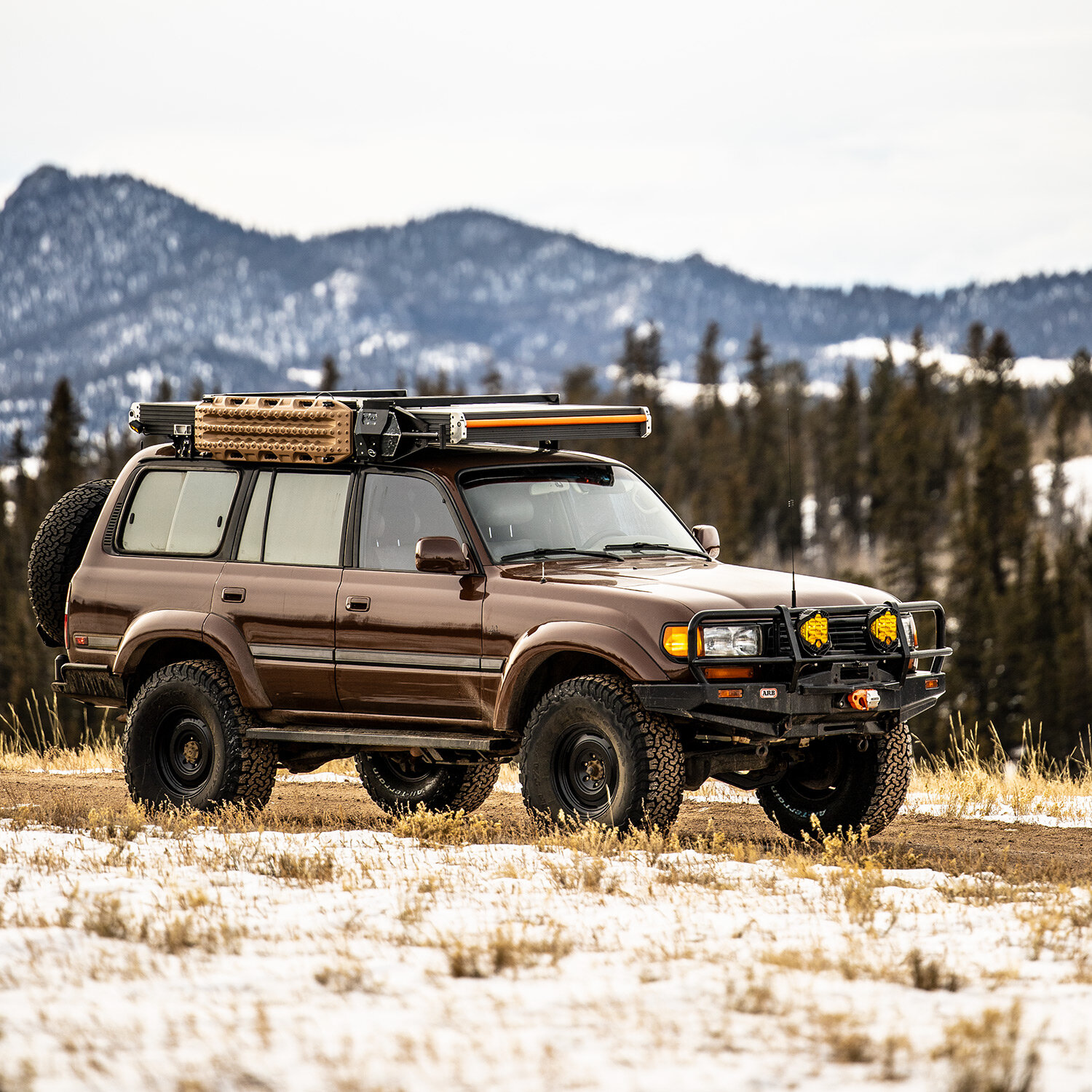 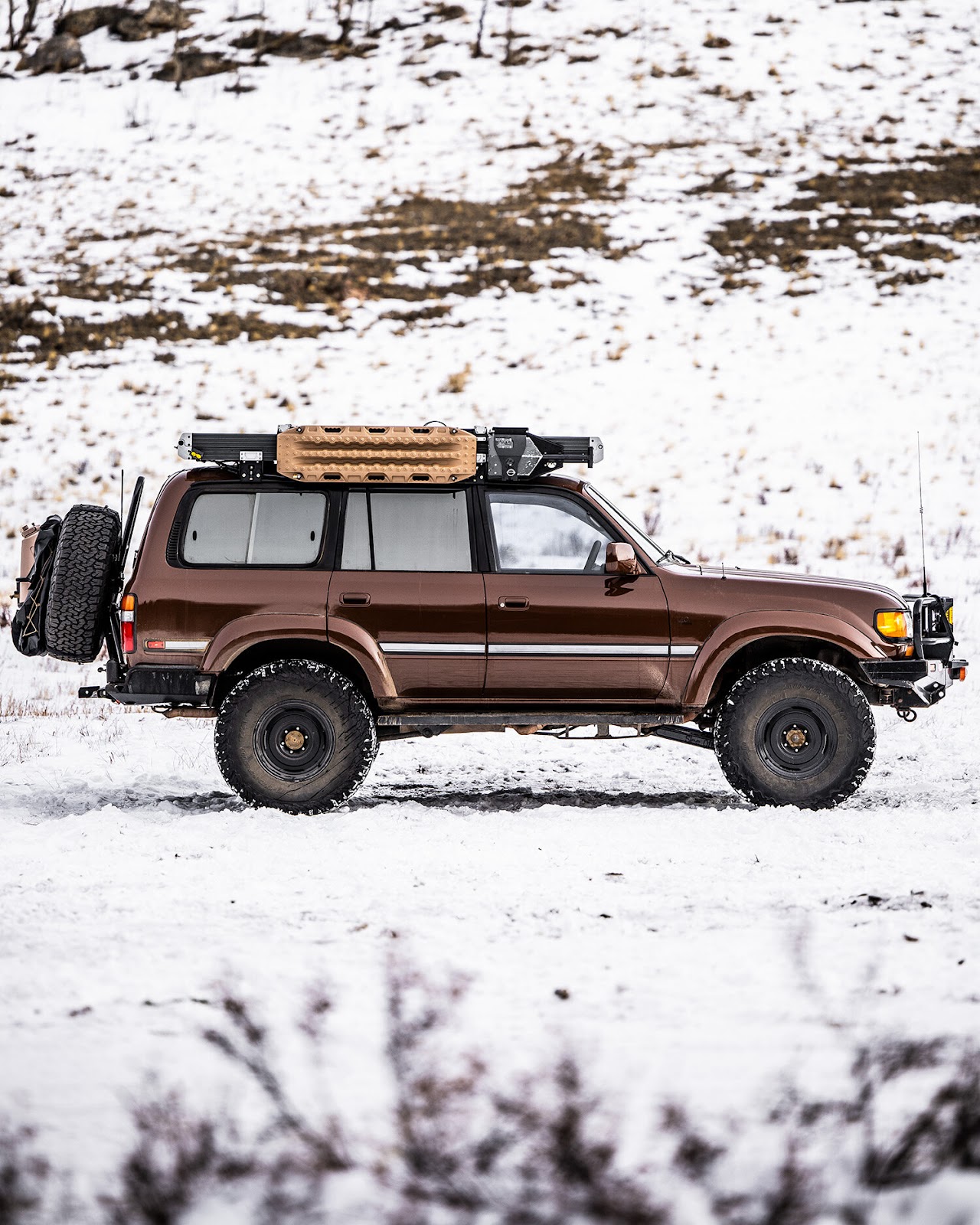 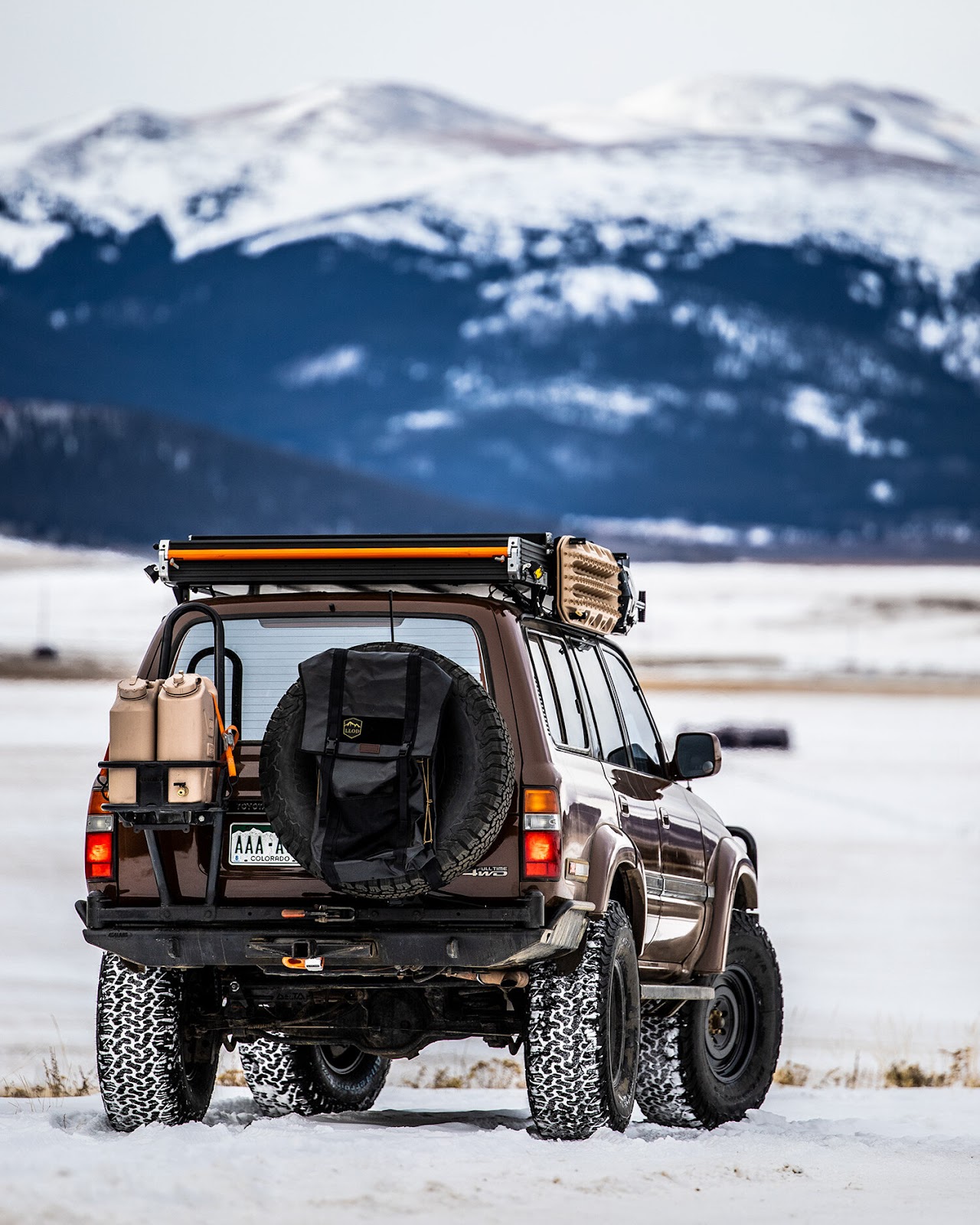 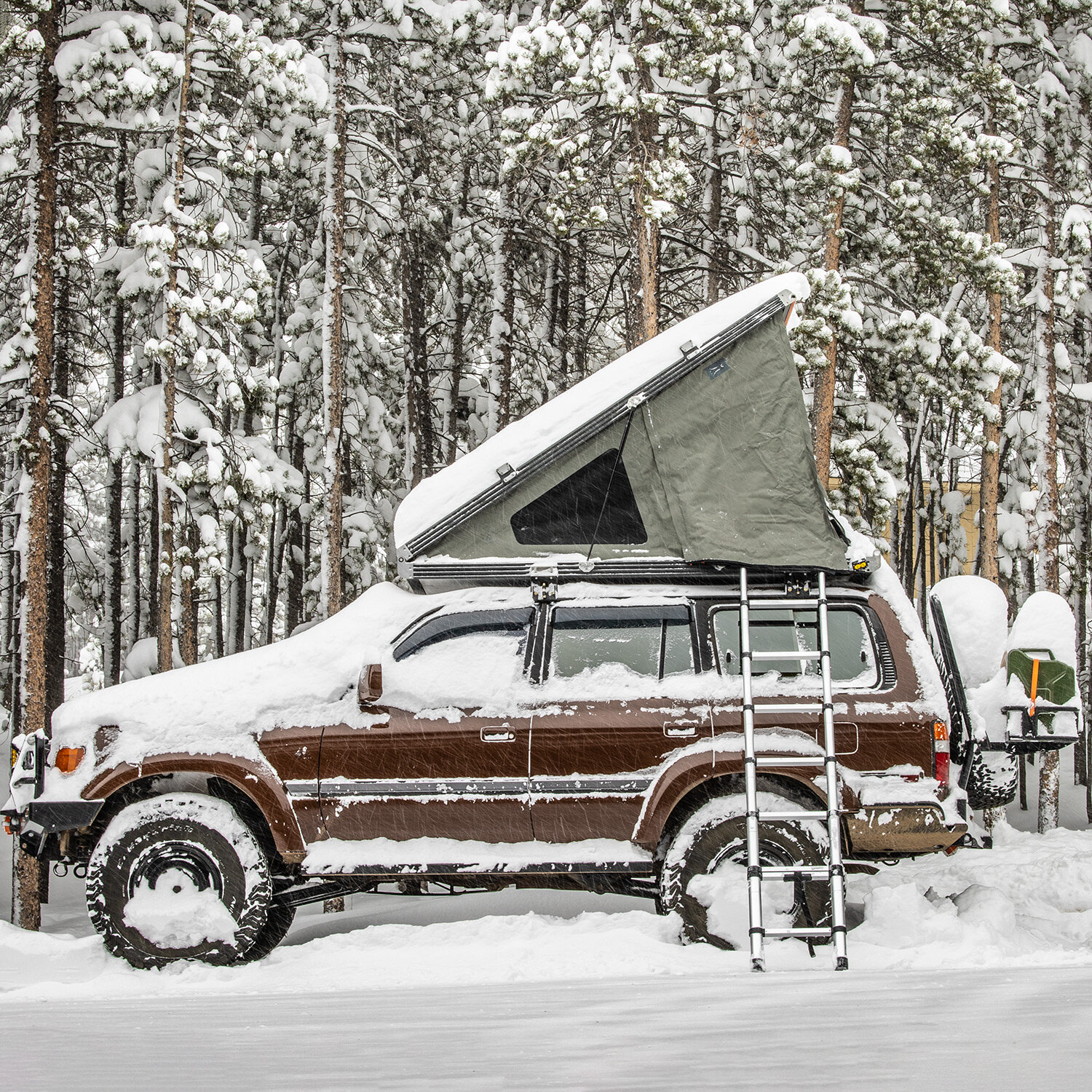 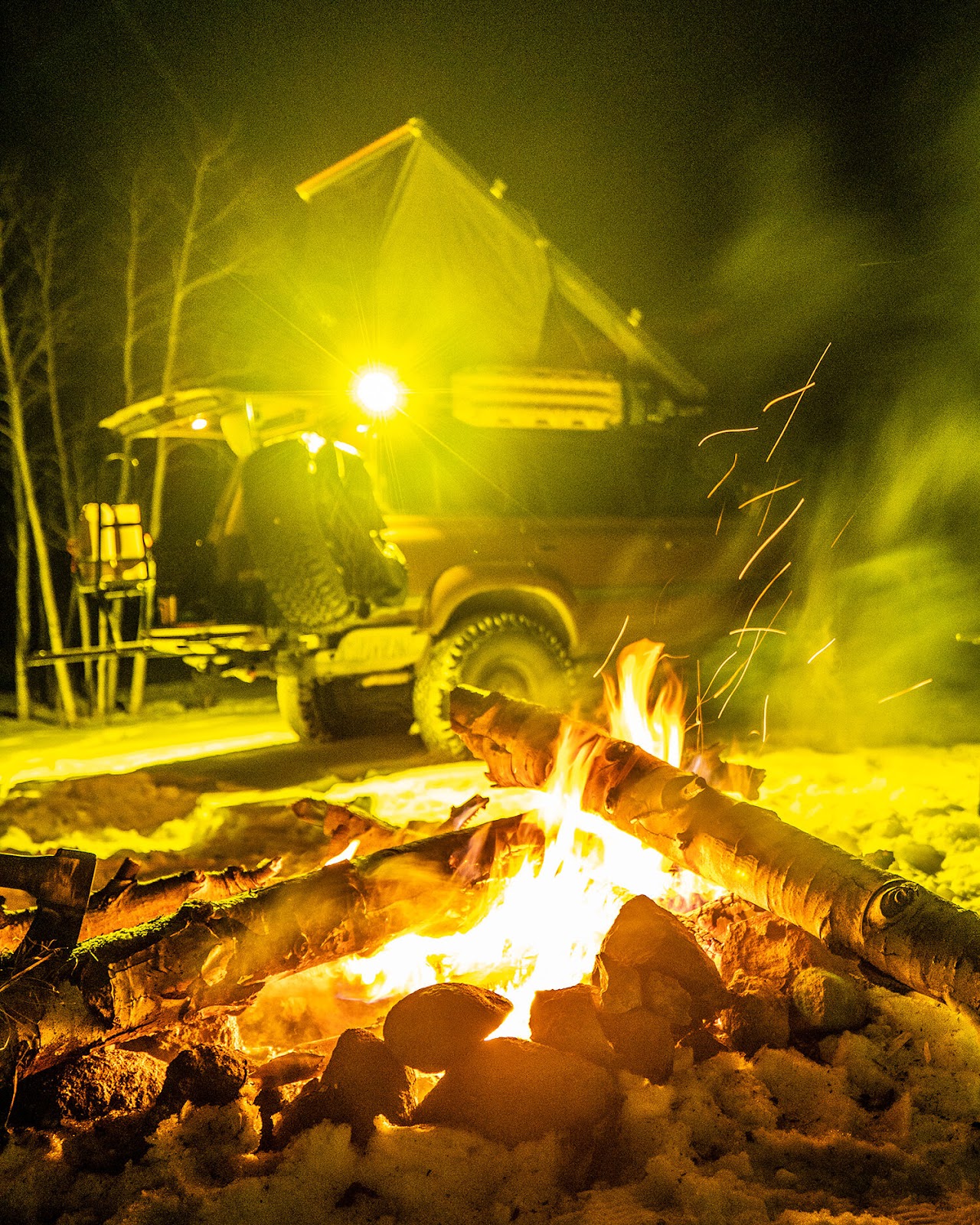 The GFC tent is paired with their proprietary crossbars housing a 150 watt solar panel and Baja Designs S2’s for camp lighting. A Front Runner Outfitters recovery board mount secures a set of Maxtrax traction boards to the passenger side of the LC. A DMOS shovel with mount is fastened to the tent using GFC hardware.