But, with the VW bus going the way of the Dodo bird and the few unmolested ones out there approaching the level of unobtainium, where are current and future generations to look? Enter Ursa Minor Vehicles.

I recently had the opportunity to help my close friend John install his new J30 Ursa Minor Camper onto his Jeep. Normally I don’t associate an opportunity with heavy lifting, but I’ve long been curious about the J30 camper. I’ve seen a few in person and as a mechanical thinker, I’ve always wanted to know how they were assembled and what makes them tick.

My first impression, it was big. The shipping container nearly dominated the driveway as I pulled up to the house. With the sides and top removed from the crate, we caught our first glimpse of what was lurking beneath the plywood. The textured matte black surface of the J30 looked super robust and the pallet it was bolted to was built better than some homes I’ve been in.

Rightfully so, as this thing isn’t cheap. But I began to wonder, why would anyone spend so much money to replace the one thing meant to come off of a Jeep? 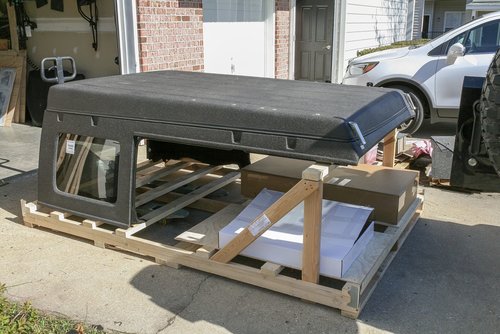 With the old top removed from the JKU and the GPS antenna relocated, we began to unbolt the beast from its cage. Lifting it slightly to remove the boxes of hardware from underneath, we got our first sign of its heft. Moving along, we prepped and installed the weather seals on the rear tub of the Jeep. There wasn’t a good picture of this, so we did what we thought was right and overlapped the forward and rear seals at the doors. 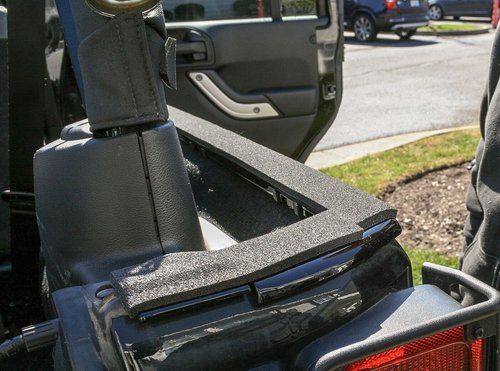 Ready to install the camper, the three of us psyched one another up for the lift. It was the part we were most dreading as one wrong move could cause the J30 to go crashing to the ground. Lifting the awkward weight, we inched ourselves closer to the Jeep. Taking breaks to adjust our grip and rest our hands as the textured surface ripped into them. Up and over the roll-bar we slowly and precisely lowered the camper. Happy with the position, we loosely installed the fasteners and took a break for lunch.

Back on the J30 install, we were in the home stretch, or so we thought. A few words of caution here. Be sure to read completely through the instructions at least once before attempting the install. If you don’t, you may find that you’ve tightened the top down before connecting the wiring harness to the camper. Why is this important? Well, Ursa Minor has done such a fabulous job of designing and molding this camper, that it contours and fits the roll-bars perfectly. So much that you’ll never be able to access the wiring harness after it’s mounted. While we’re on this subject, I should also mention there are only three wires in the harness. A short black ground wire, a red wire (which goes to the battery) and a white wire for the third brake light. Don’t do what we did and run both the red and white to the battery, unless you want the third brake light to constantly be on. Remember, read the instructions.... 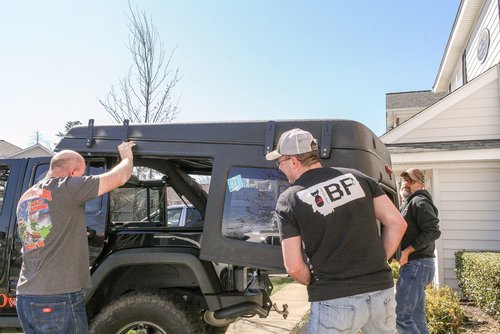 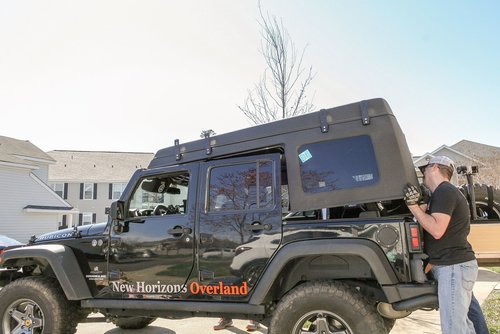 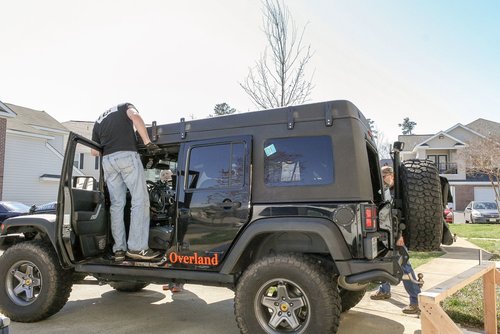 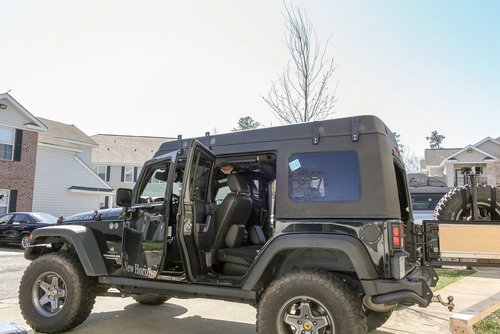 OK, so all of our faults aside, I was finally able to take a close look at the J30. Walking around it and nitpicking, like I do, I was amazed at the quality of the molding and the finished product. The fiberglass was well cut and sanded and the interior space had carpet that was contoured to the shell and glued into place. There was even an overhang of carpeting that seamlessly blended the top to the rear quarters once it was bolted down. With the camper open, John standing straight up, still had plenty of head room. I was blown away, he’s 6’1”! Needing to check it out for myself, I made my way up into the camper. Sitting on the cushioned panels and looking around, I reveled at the quality of craftsmanship before me, and began to realize the purchase price of the J30 was really a bargain considering the level of workmanship that went into this amazing product. I was and remain truly impressed. 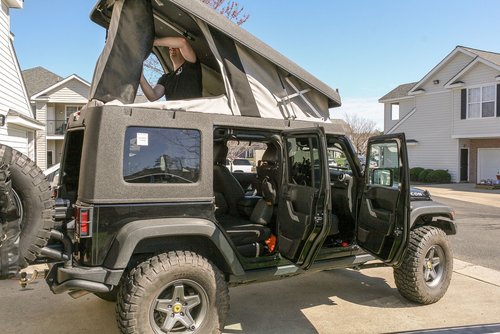 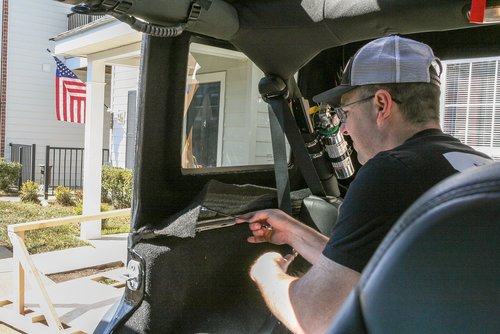 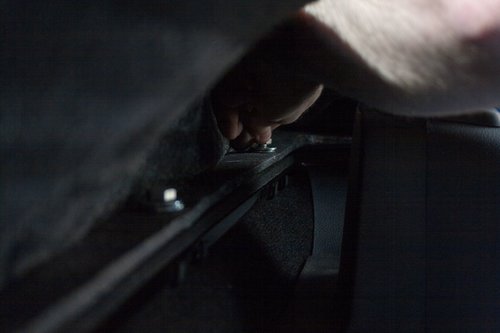 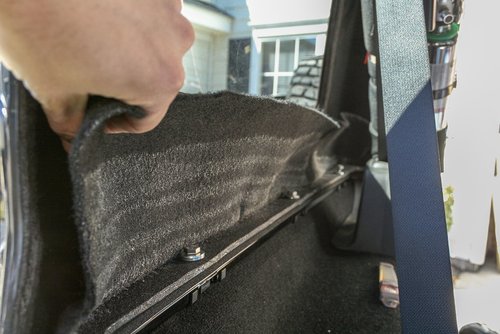 While buttoning up the last couple of tasks on the J30, John decided to join us for a night at the local campground. It was the maiden run of his J30 and a cold one at that. Nevertheless, John was all smiles the next morning and I guess if that’s not worth the price of purchase, then nothing is.