The Cummins R2.8 swap appears to be immaculate, looking as if it’s the factory engine. The power output is listed at 161 horsepower and 267 lb/ft of torque. This particular swap has been increasingly popular in the off road / overland communities due to its small size, ease of adaptation and incredible fuel economy. In fact, it’s the same engine that powers the Scout 80 we covered previously. To further increase range, Resurrection added a pair of fuel tanks for a total fuel capacity of approximately 60 gallons, which is said to provide a range of 1,000 miles. A fair bit more than a stock FZJ80, to say the least. 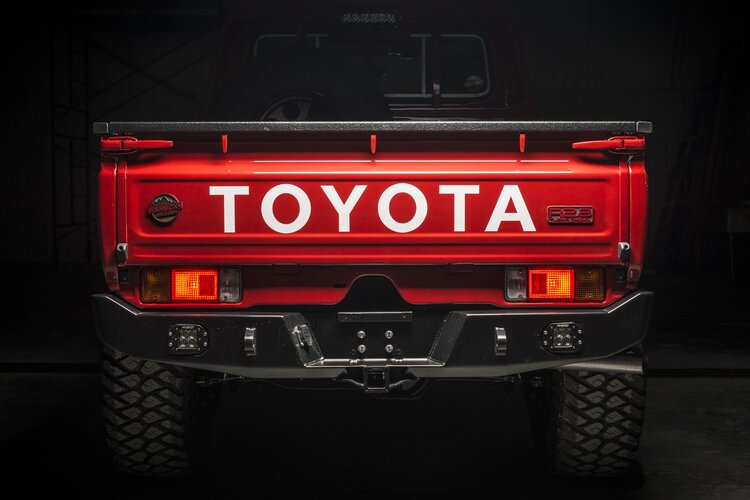 For maximum traction, both axles have been fitted with electronic locking differentials, and a set of 33” Maxxis Razor MT’s wrapped around a set of black alloy wheels. To keep the rubber on the ground, Proffitt turned to Bilstein for a set of their proprietary 5125 shock absorbers. 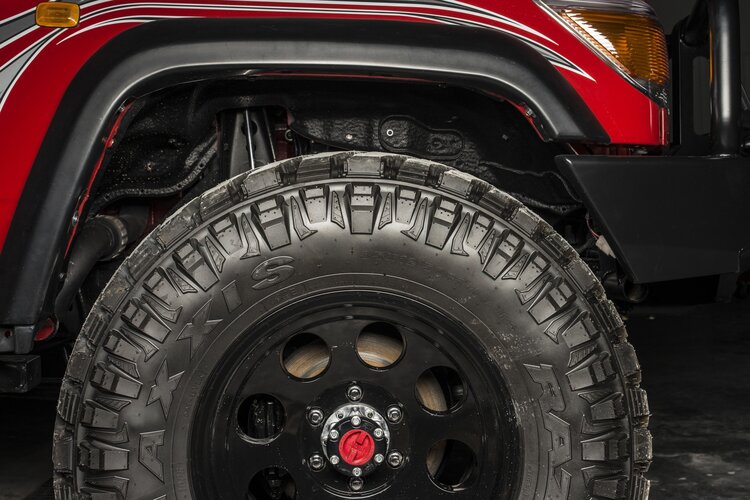 The interior was upgraded with a pair of reupholstered 79 series seats which were wrapped in black leather. The floor and underside of the tub have been resprayed with a Vortex spray liner coating. 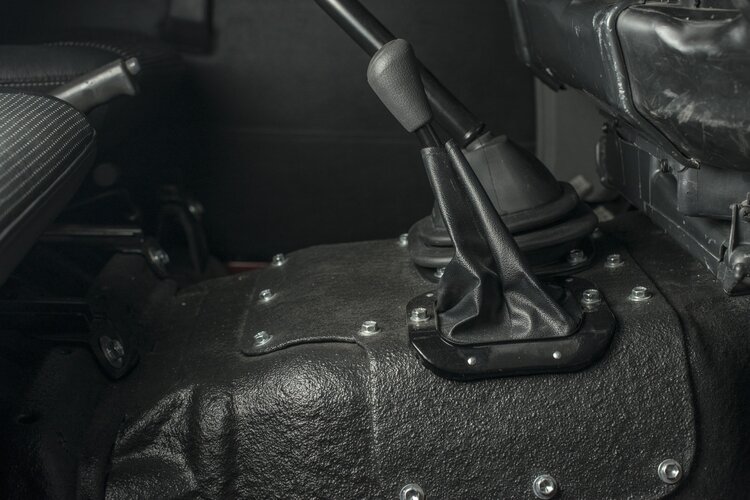 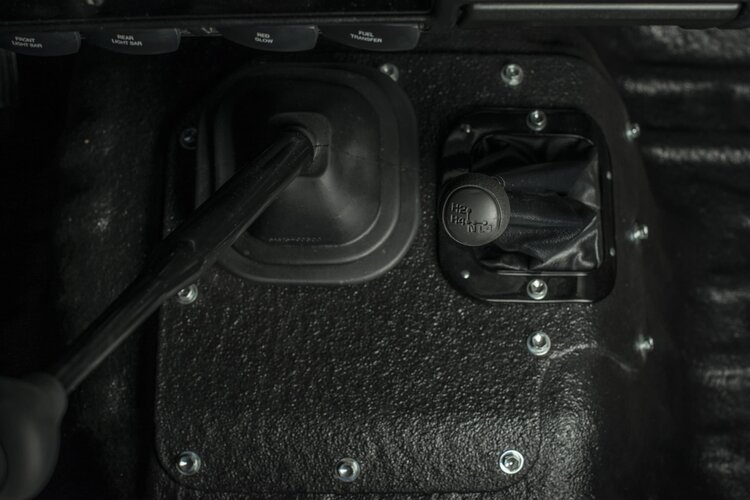 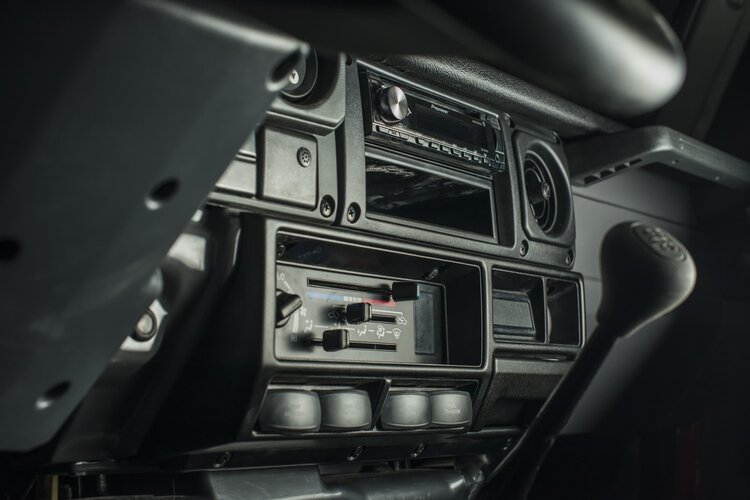 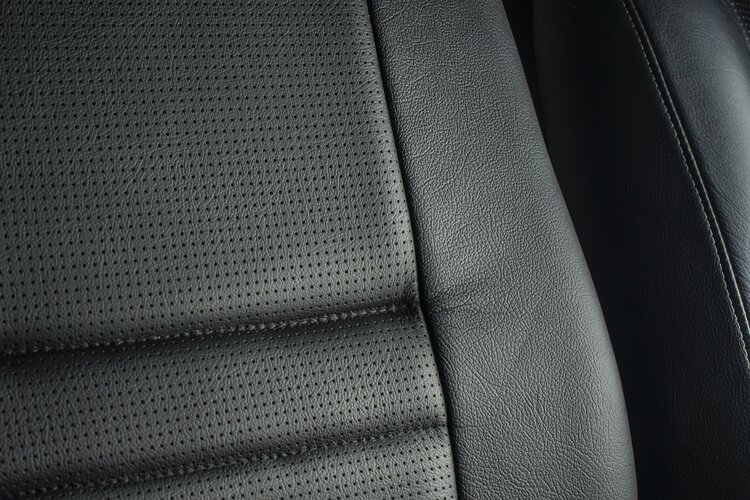 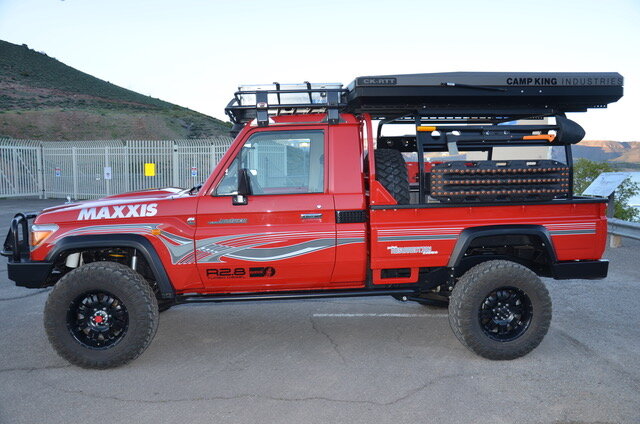 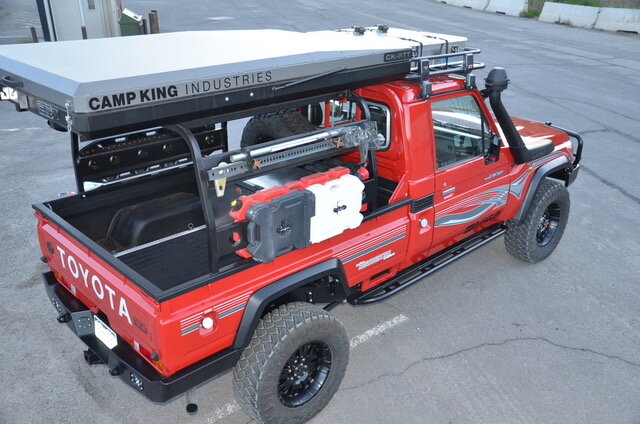 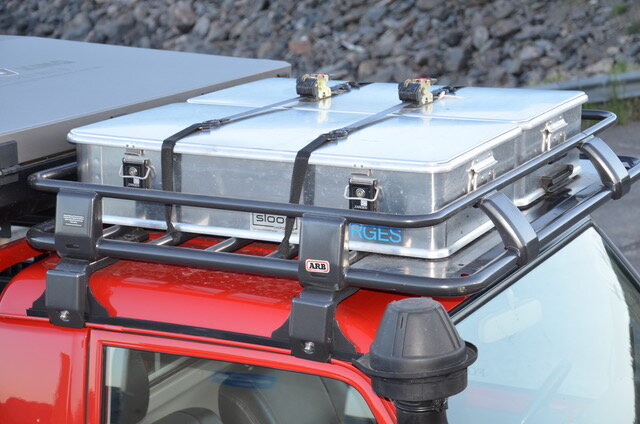 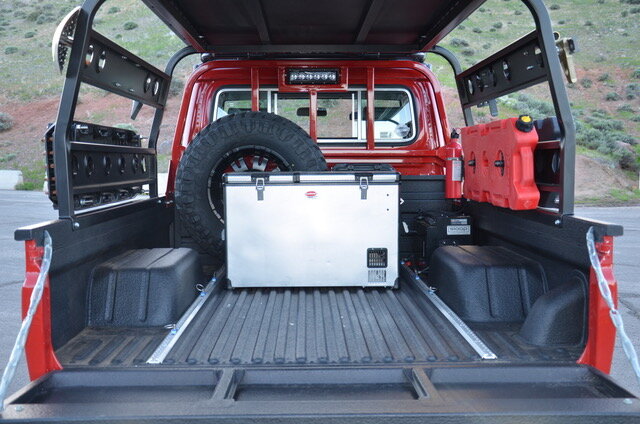 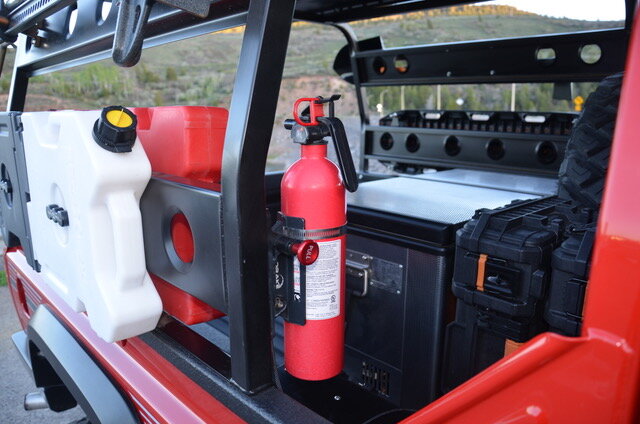 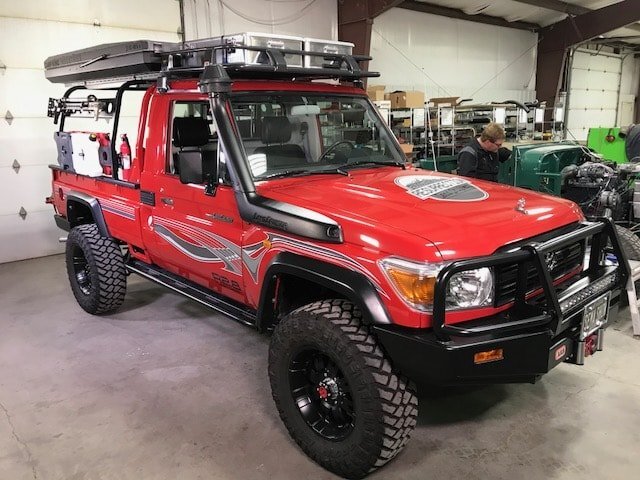 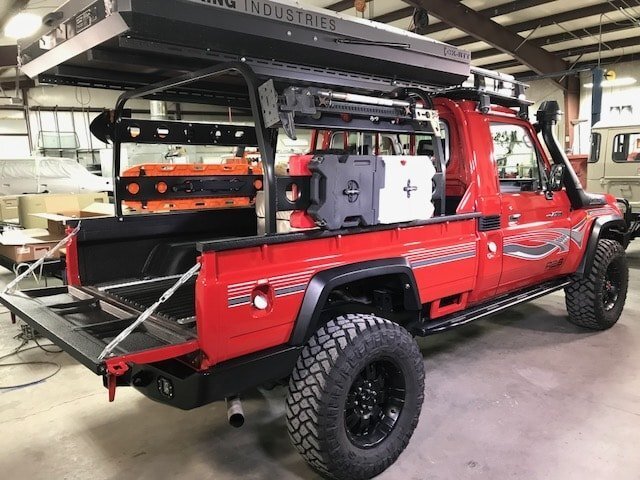 When Resurrection debuted the little red Cruiser at SEMA in 2017, it nearly broke the internet. It certainly flooded Instagram. We were also guilty of adding to the onslaught, but lust look at it , who can blame us? In 2018, Resurrection brought the LC back to SEMA, this time to sit in the Maxxis Tires booth. Last June, this truck landed on Bring A Trailer’s website, where it was bid up to an insane $90,500. The truck now resides in Saudi Arabia, but Jeremy tells me that it is currently in transit back to the United States. We hope to see more of this rig in the future!

To see more of this truck or Proffitt’s other Landcruisers for sale, visit www.resurrectionlandcruisers.com