This sweet rig is a 2000 Ford F250 4WD, and the adventuremobile of our friend, Jon Burtt. This beast seems to check all the right boxes making it possibly the ultimate semi-classic, full-size overland rig. 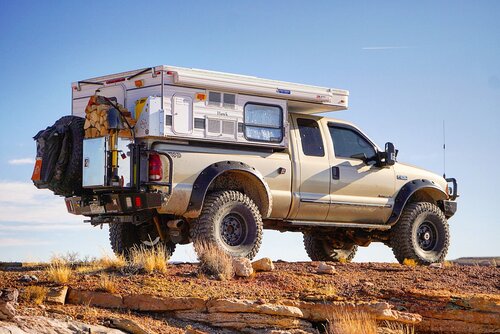 The exterior has been beefed up with a pair of heavy duty bumpers. At the front, a tried and true ARB bull-bar has been fitted to protect the vulnerable radiator, condenser and intercooler from animal strikes and trail damage. Something as seemingly benign as a sapling can strand a vehicle deep in the backcountry. In addition to protection, the ARB provides a solid mounting point for a pair of Baja Designs LP9s and XL80s to help identify potholes and other hidden obstacles in the night. Behind the front license plate lies a Come Up 12.5k winch with a length of synthetic cable encasing the spool. On the opposite end, the synthetic cable is attached to a Factor 55 Flatlink. 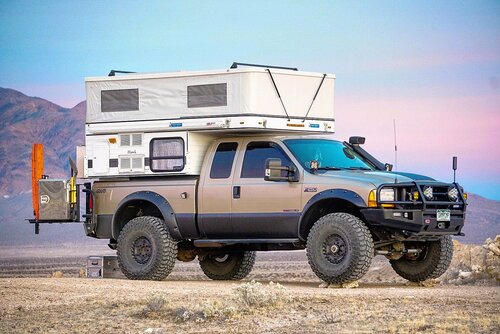 The rear bumper comes from Aluminess and features tubing on either side to protect the tail lights from rocks and trees. It also provides mounting points for a pair of swing arms, one of which carries a medium size lock box which secures a set of Maxtrax and a load of fresh firewood when needed. The other swing-out has been modified to accommodate a massive 40” spare Cooper STT Pro spare tire. Speaking of tires, the rolling gear selected for this build measures a hardy 40x13.5r17. In order to fit these massive rubbers under the F250, some upgrades were needed. To handle the extra leverage and make space for the tires to steer, the front axle and leaf spring suspension was ditched in favor of a Dana 60 from a 2006 Ford F-series. The later model Dana features coil springs which offer more room and, arguably, a smoother ride. The hubs were also swapped out for a set of Dynatrac’s Free Spin units along with heavy duty ball joints, track bar and PMF adjustable radius arms.

The rear axle was also swapped in favor of a Sterling 10.5 with an Auburn LSD. In order to keep the transmission happy, both axles were fitted with a new 4.88:1 ring and pinion set from Nitro Gears. To protect the ring and pinion from damage, a pair of Nitro Gears diff covers were fitted in place of the stock units. The axle upgrades had the added benefit of providing a 2-2.5” track width increase to the old Ford (is 2000 considered old now?). In order to keep rocks and mud off of the body panels and under the truck, where it belongs, a set of widened pocket flares were added to the front and rear wheel wells. 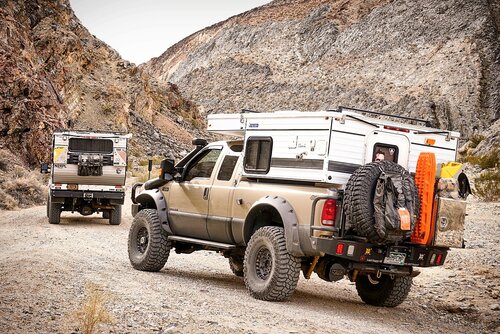 Even in pickup trucks, stock suspension is primarily dialed for comfort and safety on the tarmac. Since Gramp Camp (Jon’s nickname for his Ford) spends most of his time off road, an ARB Old Man Emu 2.25” coil spring lift was added up front, while a set of Alcan rear leaf springs keep the rear in check when carrying around a 2014 Four Wheel Campers, Hawk. The Hawk is a front dinette model with a full set of living accoutrements, which are powered off of a 200 watt solar system. 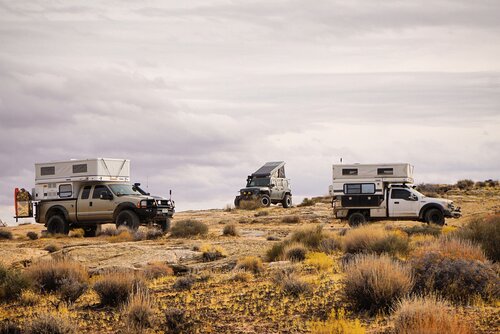 With the rear of the truck already designated for other items, there was no room for spare jerry’s or Rotopax. As such, Jon opted for a 55 gallon Aero Tanks fuel tank to keep the 7.3L purring, or rattling -whichever you prefer.

Jon’s previous build was an incredibly well rounded Toyota Tacoma with a flat bed and custom aluminum overland style box on the back. It was such a cool rig that when he posted it for sale, I wondered if he could ever create something as cool. Although, this truck may not pack as much cool factor as the Taco, it definitely has the classic status nailed down. What do you think? 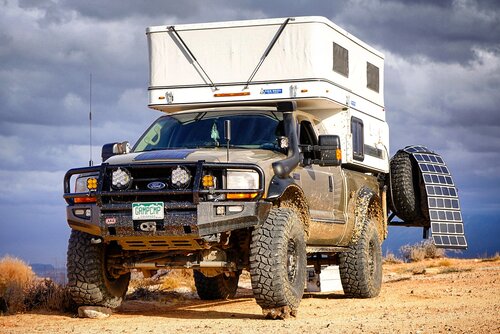 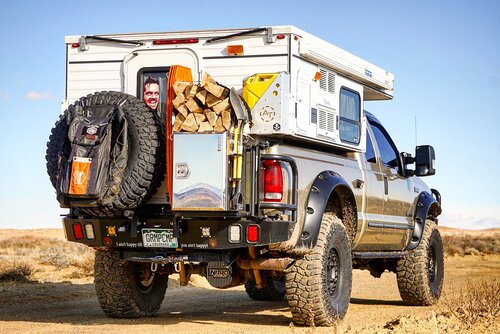 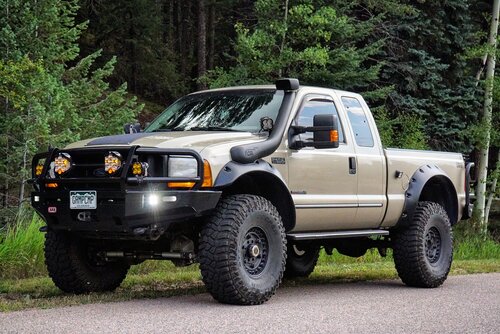 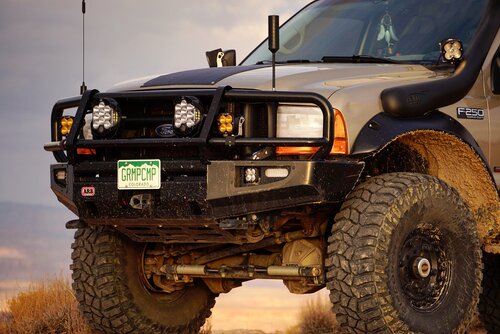 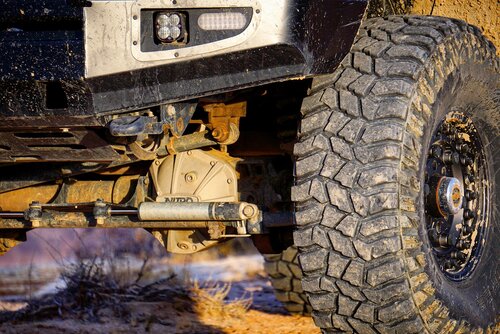