Just for fun. All images are from the original manufacturer's sales ads.

Why it’s great: The Jeep Grand Wagoneer is the first vehicle to be designated as an “SUV”. Spawning an entire genre of off road capable vehicles. Sporting either a 5.9 liter, or massive 6.6 liter V8, the Grand Wagoneer boasts plenty of power for towing or hauling your kit around off road. It also sports solid axles front and rear. Overall, this Jeep is fairly easy to drive everyday. The mechanicals are fairly simple and easy to service. If you don't mind paying for fuel, you can’t go wrong with the Grand Wagoneer.

Regrets: The fuel economy is as bad as one might expect from a nearly two and a half ton vehicle with a massive V8, but hey, you could always opt for an LS swap later down the road. It takes a special person to overlook the exterior wood paneling, but if you can get over it, you will have a great classic rig with plenty of power and room for everything. A handful of years ago, these rigs could be had for as low as $3500, but they are currently experiencing a popularity surge pushing prices to $20,000 plus. With the confirmed release of an all new full sized Jeep set for 2018, the price will likely rise even further. Perhaps you could call this one an investment as well. 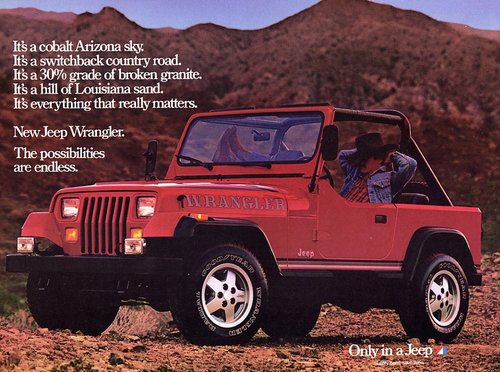 Why it’s great: What can we say about the Jeep YJ that hasn’t been said? It is possibly the most capable off road vehicle on this list, but that prowess comes at a cost, particularly in space and payload capacity. Fortunately, the aftermarket for the little Jeep is immense, providing a number of solutions to this deficit including roof racks, cargo drawers and lockers. Opting for the soft top will help shed weight, allowing for a spot more payload capacity for extra gear.

Regrets: The limited payload and space requires you to be very selective as to what gear you bring along. For a small lightweight vehicle, the fuel economy is abysmal. For overlanding purposes, the harsh leaf spring suspension may limit the distance travelled off road per day, but that’s fine by us -it’s the journey, not the destination, right? 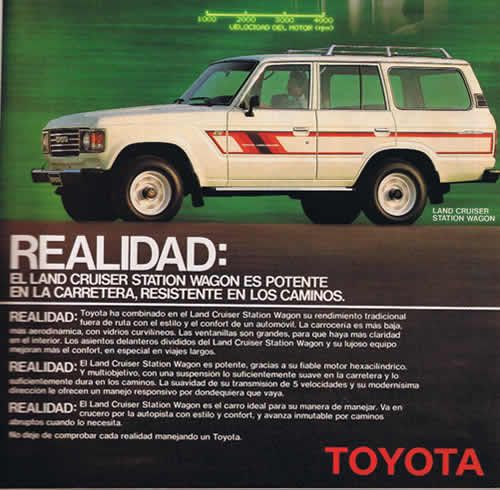 Why it’s great: The FJ60 is a handsome rig that, despite its age, continues to carry itself with pride and dignity. Solid axles and body on frame construction make this rig tough and capable to tackle all types of terrain. Four doors and a generous rear storage area means you can carry a family of four into the backcountry with plenty of room for all of your camping gear. If you are looking for more power there a number of engine conversions available, such as the popular Chevrolet LS V8. OE style replacement parts and a strong aftermarket mean that this rig will continue to be relevant for many years to come.

Regrets: As with most classic Toyotas, rust can be a real issue. Be sure to scrutinize the paint and chassis for signs of rust. 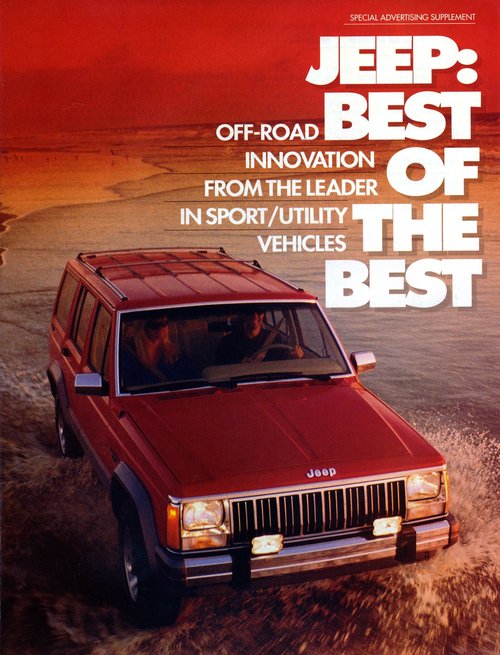 Why it’s great: Possibly the most influential SUV of all time, the Jeep Cherokee XJ is by far one of the most ubiquitous Jeeps on the road today. With the unrealistically high resale value of the Jeep Wrangler, many overland and off road types have turned to the XJ. Sporting solid axles front and rear, and virtually the same drivetrain as the Wrangler (save for the transmission) you get much of the same off road prowess along with a boost in payload and interior room. Luckily, the resale value of these great rigs has continued to be relatively low, leading many overlanders to choose them for their first build. Much like the Wrangler, the aftermarket support for the XJ is immense with some companies still producing new products for them today. The XJ also boasts a 1,500 lb payload capacity, or roughly 50% more than a Jeep JKU.

The torquey 4.0 liter inline six is as reliable as a hammer and easy to work on. Due to the high volume of production, landfills are ...filled with a massive amount of replacement parts at a very reasonable prices. Some of which are interchangeable with other Jeep models making inexpensive upgrades such as rear disc brakes easy to come by. A handful of XJ’s even came with the venerable Dana 44 rear axle, which is a direct swap if you are lucky enough to find one.

Regrets: As with most the vehicles on this list, the fuel economy isn’t great. The Renix engine control system can be a nightmare to diagnose and troubleshoot. Of course, since the early and late model XJ’s are virtually interchangeable in every way, an engine and ECU update is not entirely beyond the means of the average mechanic. 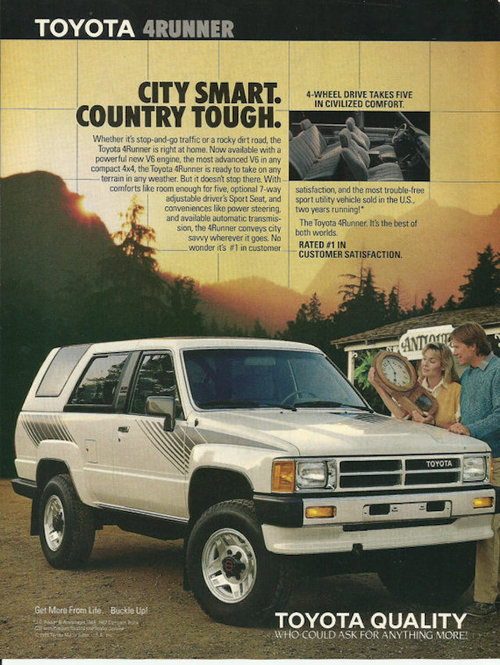 Why it’s great: Okay, we admit that the second generation 4Runner is far more refined and a much better choice, but the first generation is just so sexy we couldn’t help ourselves. The original 4Runner was an attempt to provide the utility of a pickup with increased comfort and seating capacity. Two models were available, one version came with a more scant interior and two seats, where the other provided rear seating and a few more luxurious appointments. All first generation 4Runners came standard with 4WD, manual locking hubs and generous ground clearance. We recommend locating an SR5, as it came with additional fuel capacity. The rear tailgate is perfect for food prep and cooking. Front and rear solid axles have made this rig highly desireable to both overlanders and rock crawlers alike. The spacious cargo area makes for a secure and comfortable sleeping platform.

Regrets: It’s becoming increasingly difficult to find clean, unmolested first generation 4Runners. Many have been chopped up to create rock crawlers and truggies. Honestly, we can find no fault with this rig. 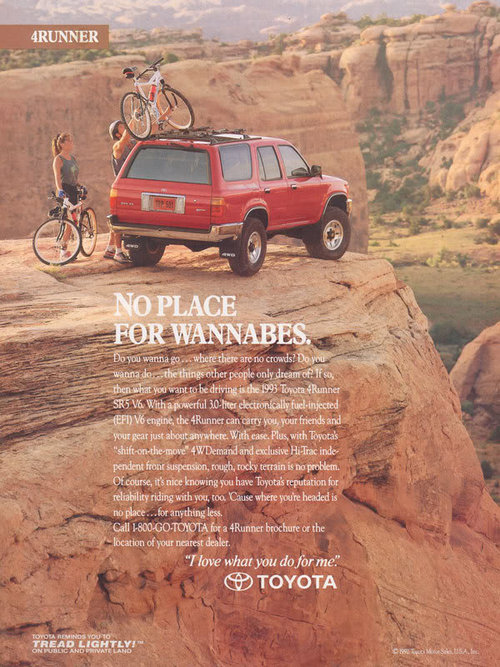 Why it’s great: We felt so guilty about leaving out the second generation 4Runner that we decided to add it. Though the removable hardtop on the previous generation 4Runner was really cool, it’s hard to argue with Toyota’s decision to switch to a steel fixed top. Not only does this make the interior quieter, it also reduces leaks and the need for an interior space robbing rollbar. The quieter interior isn’t the only change for the sake of comfort, the solid front axle was also ditched for a more compliant ride. Overall, the second generation 4Runner has proven to be an incredibly reliable rig with exceptional comfort and capability. This vehicle provides the most modern look and feel of our list and is likely the easiest to live with on a day to day basis.

Regrets: The loss of the solid front axle was mourned by the off road purists, we can’t blame them either. Even though it’s far more comfortable, the addition of independent suspension brings with it a number of complexities with far more moving parts to wear and brake. However, the IFS in the 4Runner has proven itself over the years and continues to do a commendable job off road. As with most Toyota trucks, there were diesel versions around the globe, sadly none of them found their way onto our shores -not that the venerable